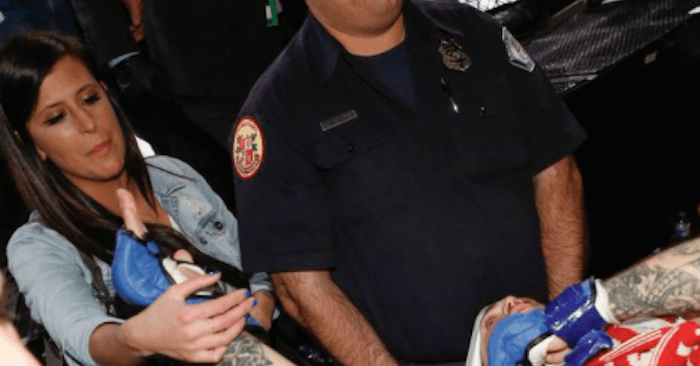 Paul “Semtex” Daley lived up to his nickname at “Bellator 170” when he took on Brendan Ward in the co-main event of the evening. The two threw caution to the wind early, throwing bombs much to the approval of the live crowd in attendance at The Forum.

It wasn’t long before someone ended up on their back, and it was Ward after he ate a vicious flying knee. Daley didn’t even bother throwing bombs for good measure and tacked on another walk-off KO win. Ward was strapped to a stretcher and carried off after his fight; Stay tuned to ENT Imports for more on this story as it develops.