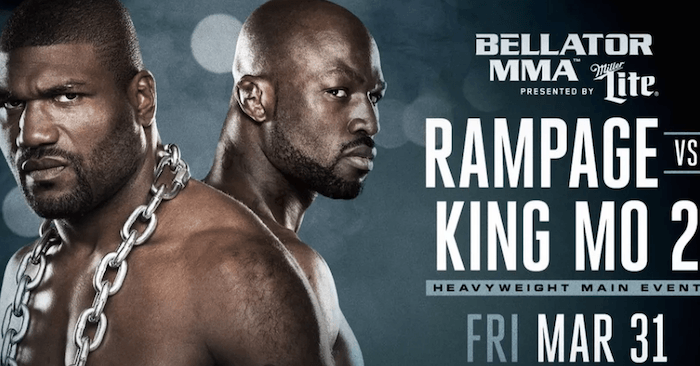 Quinton “Rampage” Jackson and “King Mo” Muhammed Lawal are set to clash again in March in the main event of “Bellator 175”. The card will be taking place on March 31, 2017 and it will be the second time the two will be meeting as heavyweights.

Lawal already bested Jackson once in the finals of the light heavyweight tournament of 2014 when he wrestled him to a unanimous decision victory. Who do you think will walk out with their hands raised in victory when it comes to blows in March? Share your thoughts in the comment section below!