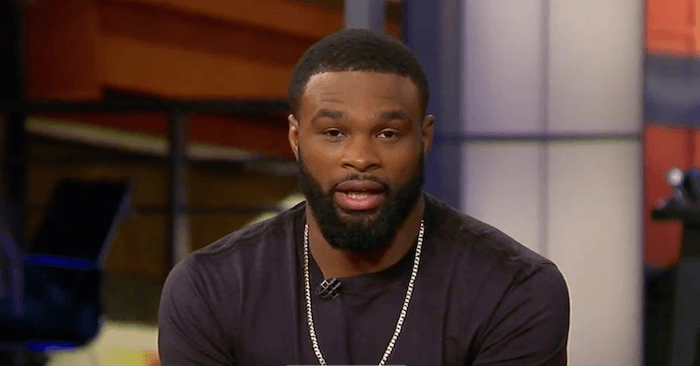 On Saturday, UFC Welterweight Champion Tyron Woodley got into a heated Twitter exchange with WEC and UFC veteran Jaime Varner.

The race baiting and the excuse making of @TWooodley is sad. I would expect more from a fellow wrestler and fighter. #noclass

@TWooodley here's the thing, out of anyone on twitter I'm the most qualified to talk about treatment of fighters under the ufc umbrella

Varner said he was disappointed in Woodley for his recent statements claiming MMA fans of being racist. Woodley retaliated by saying Varner should not speak publically about issues he has no understanding of.

Varner last fought in the UFC in Dec. 2014 when he lost a decision to Drew Dober. Following that fight, Varner retired from MMA after losing his last four fights in the UFC.

Varner’s UFC career was highlighted by a decision win over Melvin Guillard and a TKO victory over Edson Barboza.

In 2008, Varner won the WEC Lightweight Championship. He successfully defended the title twice, with one of those defenses coming against Donald Cerrone.

Woodley is scheduled to defend his title for the second time against Stephen Thompson in the main event of UFC 209 on March 4. In November, at UFC 205, Woodley defended his title against Thompson, but the judges scored the fight as a majority draw.