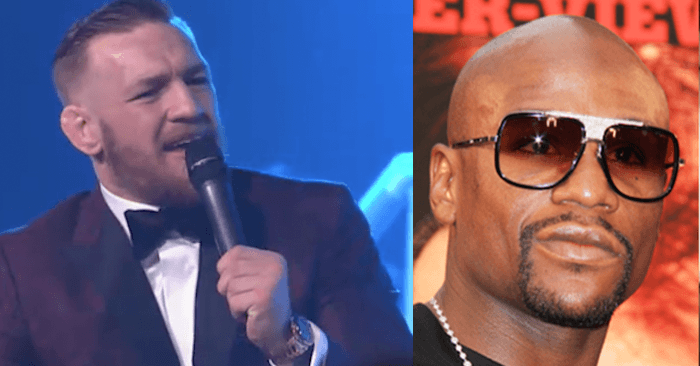 Conor McGregor has taken MMA and the UFC to new heights, and on the heels of his unprecedented rise to super-stardom, Ireland’s top fighter wants a piece of Floyd Mayweather.

While not in the same sport, Conor has agreed to face Floyd in the boxing ring, and Floyd is also open to the contest.

The only party that stands in the way of this mega-fight is the UFC, who undoubtedly want to keep their top star under their own umbrella.

Conor though, in a new twist, has opened up his own fight promotion company, which he hopes will help pave the way for the contest.

The two-weight UFC champion has given White yet another kick in the teeth by starting up his own promotional company in a bid to keep the lion’s share of money he makes from a lucrative cross-codes clash with Mayweather.

“With the Ali Act I believe we could put it together without the UFC,” said McGregor.

“I believe I can make this fight without the UFC, but I think it’s smoother if we’re all involved. Everyone’s got to know their place. There’s Mayweather promotions, there’s the UFC and now there’s the newly-formed McGregor Promotions!
“If they let people fight in jiu-jitsu tournaments, they can let me box. Right now, there’s something humongous that needs to be done and it doesn’t really involve them, even though they think it does. We’re getting there. It’s closing on it. This is the first billion-dollar fight!”

On the fight itself and his chances of pulling off what would be a massive upset, McGregor added: “It’s the fight I want. I’ve got the reach. I’ve got the youth. You can’t prepare for a style like me. I can’t wait until we get a date and go. Let’s get this done.”