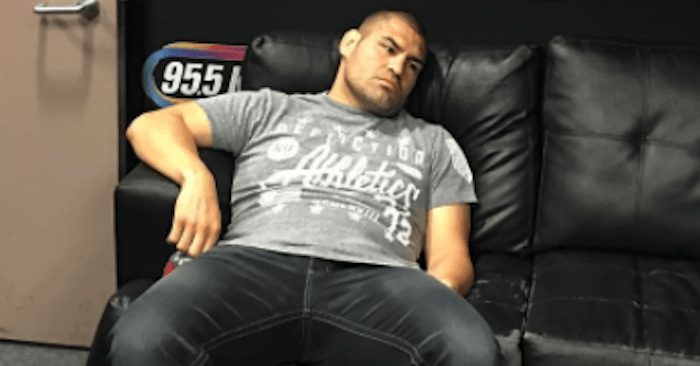 Former heavyweight champion Cain Velasquez seems to be taking an extended break from the sport, as he is spending time with family.

In an interview with AKA head coach Javier Mendez on Submission Radio, Mednez explained that the former champion has only been coming into the gym on rare occasion.

“He’s been more enjoying time with his wife and he did an AirBnb, those rentals that you rent. He’s got one in Arizona that he’s fixing up to rent, so he’s been doing that and spending time with his wife and his child. He’s been doing more family stuff. He comes in the gym on a rare occasion, but he’s slowly coming back into it. He’s not jumping on board to do anything, he’s just taking his time. I know that May 11 is something they’re looking at, but realistically Cain is not gonna fight on short notice. He’s not gonna fight without an eight-week training camp. So I look at it like if he’s hardly ever coming into the gym now because he has other business things he has to take care of, I don’t see him fighting (soon). I see him fighting two times this year, but I don’t see him fighting in May because of the time frame.”

Fellow former champion Fabricio Werdum is allegedly looking to face Velasquez at UFC 211 this weekend, or UFC 212 in the near future. It would appear that Werdum will have to wait a little longer, if he wishes to set up a rematch with the fellow former champion.

Werdum defeated Velasquez via third round submission at UFC 188 in 2015.

Velasquez is currently riding a first round TKO win over Travis Browne at UFC 200 last summer.