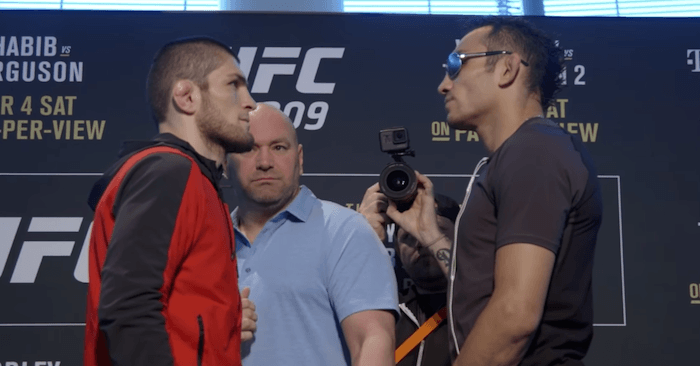 It would appear that the interim title fight UFC fans have been seething for is back on track. A recent message has made its way to the web, hinting at a future bout between lightweight contenders Khabib Nurmagomedov and Tony Ferguson.

The two warriors were set to fight for the interim lightweight title at last weekend’s UFC 209. Unfortunately, “The Eagle” was forced to cancel the co-main event bout, as he was rushed to the hospital moments before the fight.

Now, a message has surfaced from the web, claiming a bout has been rescheduled between the two. The fight will likely take place at UFC 210 or 211, though the fight will allegedly be officially announced soon. 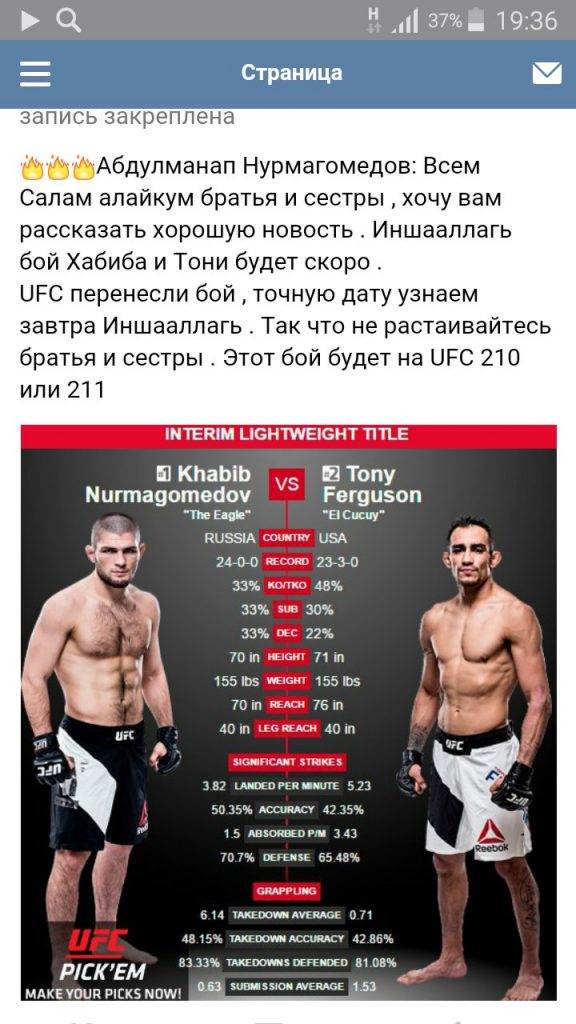