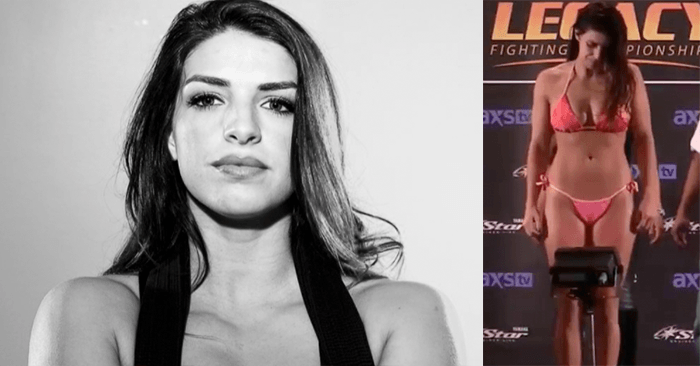 Mackenzie Dern has been called my many within the mixed martial arts community “the next Ronda Rousey”. Dern’s path to the top of the regional scene of MMA was nearly brought to a sudden halt in Thursday morning, however, when it was revealed that she had missed weight for her third MMA fight.

Dern returns to the cage on Friday night at Legacy Fighting Championship where she will meet Katherine Roy. Dern, a strawweight, could not make 115 pounds on the eve of fight night and her opponent has agreed to let her fight at a catchweight limit of 120 pounds. Dern will also be forced to forfeit her purse. Roy’s manager updated the situation below on his social media page:

Dern revealed plans earlier this year to make her way into the octagon with Ultimate Fighting Championship. Do you think this weight cut will negatively impact her status as a prospect, or will this blow over with a win tomorrow night? Share your thoughts and post your predictions in the comment section below!