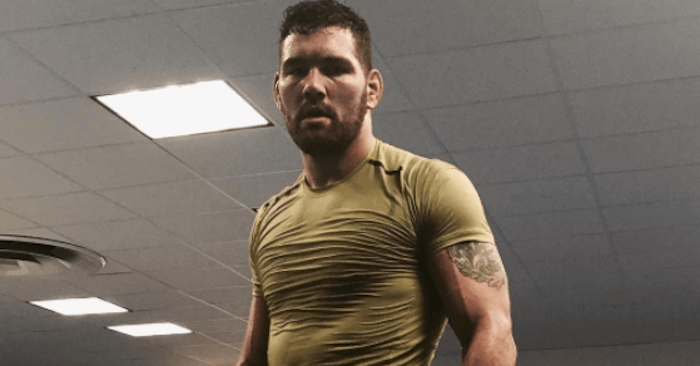 Fans new to the UFC likely don’t recognize former UFC middleweight champion Chris Weidman as a viable threat to the UFC strap. However, before his recent three fight losing streak, he was an unbeaten champion of the highest order.

While on his way to the sport’s pinnacle, Chris Weidman took out the likes of Tom Lawlor, Demian Maia and Mark Munoz. Then, Weidman shocked the world with his UFC 162 knockout win over Anderson Silva. He became the first in UFC history to defeat the Brazilian Mega Star, who at the time looked unstoppable.

Weidman went on to defeat Silva in the rematch, then went on a legend’s wrecking tour before eventualy losing his title to Luke Rockhold at UFC 194.

That Rockhold loss was just the beginning of the decline of Weidman, who recently dropped bouts to Yoel Romero and Gegard Mousasi.

Pointing out the obvious, ONE wleterweight champion Ben Askren just put his fellow wrestler on blast in an interview with the MMAPod1 Podcast stating, “Chris Weidman hasn’t won a fight in the USADA era.”

And while it’s true, Weidman has yet to pick up a victory post-USADA, last Saturday’s fight ending was very controversial.

Are you ready to count him out yet?