Former UFC Light Heavyweight Champion Jon Jones has stepped up his game when it comes to talking trash.

After Cormier had posted a photo on Instagram, Jones commented on the photo with many different insults towards the UFC champion.

“The person who missed weight while representing our country at the Olympics you are a much lesser version of that guy. One that I’m not afraid of at all.”

Below, you can see more of Jones’ trash talk towards his upcoming opponent.

Cormier will defend his title against Jones in the main event of UFC 214 on July 29.

Hey Daniel I left you a response on Instagram, Hollaback when you get a chance 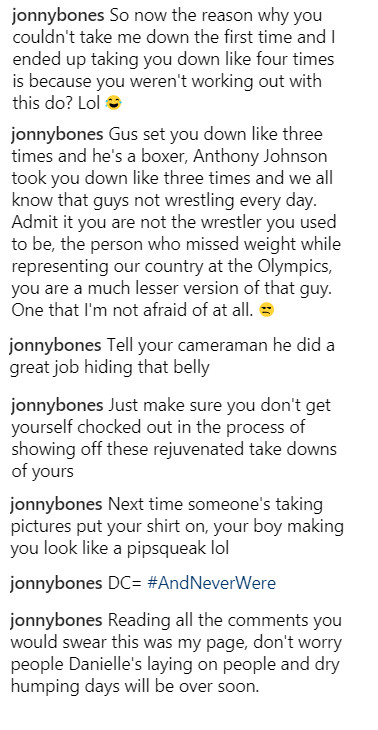