It would appear that former UFC bantamweight champion Miesha Tate suffered a rough weigh cut at UFC 200. Now, photos of the fighter distressed from the process have been revealed.

Ultimate Fighting Championship has undergone several changes within the past years, but perhaps one of the most impactful changes is how the official weigh-ins are often taking place in the morning rather than the evening before fight-night.

While some fighters have mentioned that they believe the change is for the best, some fighters seems to be struggling with the new process. “UFC 200” saw multiple fighters suffer scares of missing weight, but only one fighter actually did (Johny Hendricks). Miesha Tate had a close call with her weigh-in, weighing in at the last possible minute. A photograph from ESPN of Tate during the weigh-cutting process has leaked and it appears that she was absolutely exhausted, waiting on the floor for her bath to warm up so she could hop in. 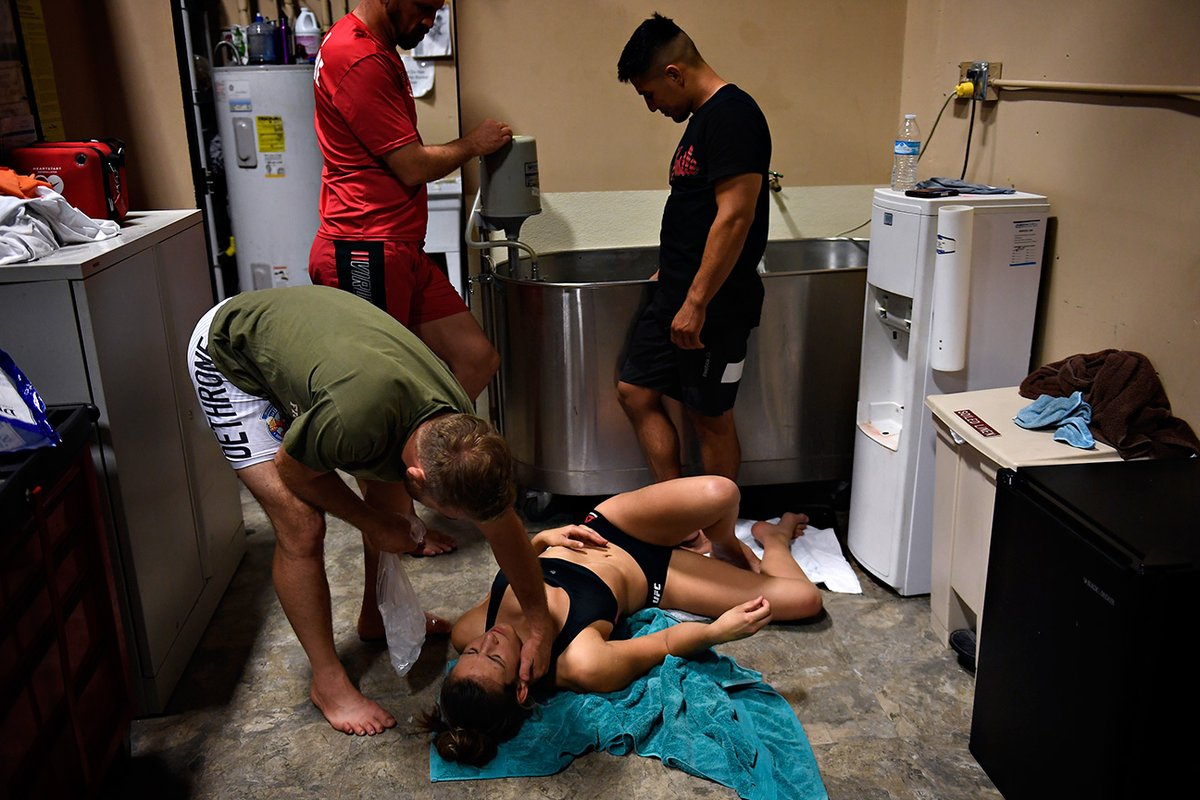