Ultimate Fighting Championship (UFC) lightweight champion Conor “Notorious” McGregor is just days away from his highly anticipated professional boxing debut. Set to welcome undefeated boxing legend Floyd Mayweather Jr. back from retirement, “Notorious” will have a lot on his hands come Aug. 26. Now, the “Tale Of The Tape” for the epic cross-promotional match up has been released.

As shown in the image below, there will be a significant age difference between the two opponents, with Mayweather being the seasoned 40-year-old veteran to the sport. McGregor will also have a two inch reach advantage over his opponent. For the rest of the fighters’ stats, see the image below. 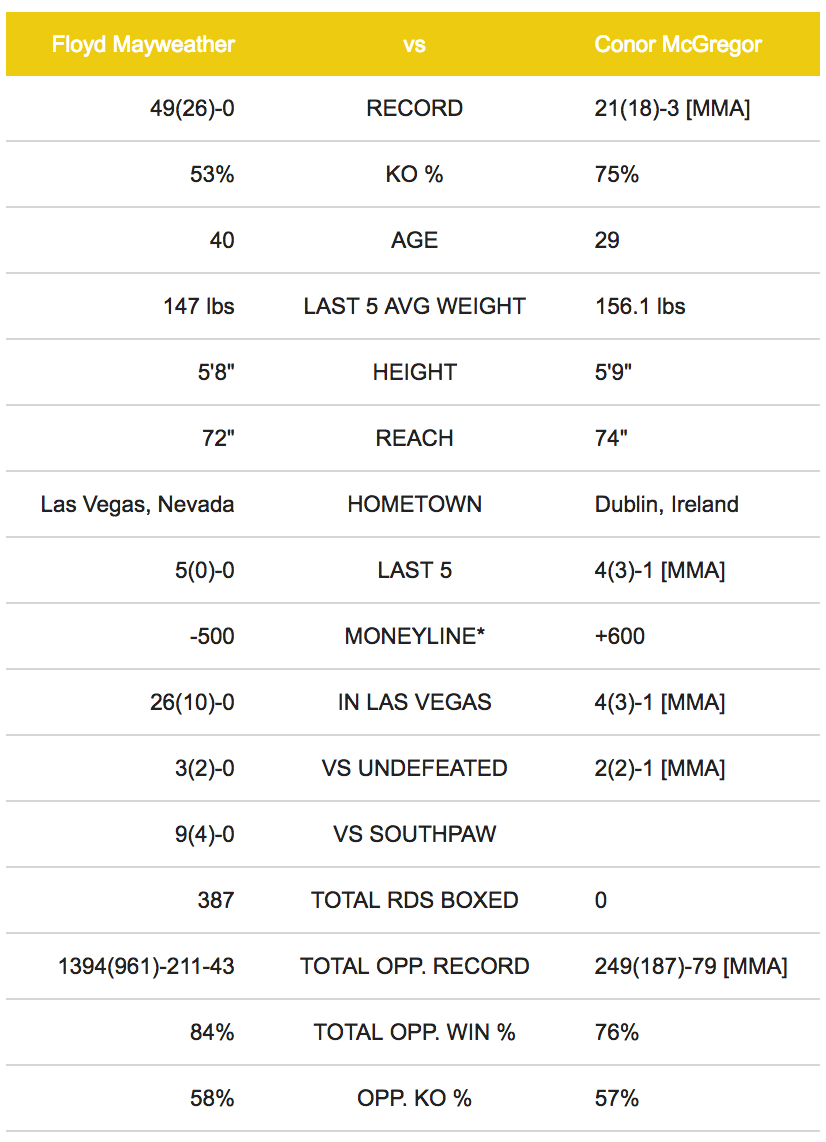