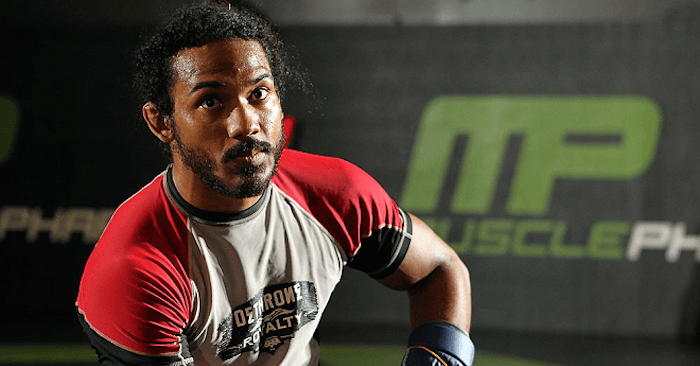 Former UFC lightweight champion Ben Henderson hasn’t had the best luck since joining the Bellator promotion in February of 2016. Henderson had been enjoying a lot of success against some of the UFC’s top fighters including Jorge “Gamebred” Masvidal and Brandon Thatch, but this simply hasn’t been the case in his new home. His most recent split decision loss to Patricky “Pitbull” Freire was his third loss since signing with them, something fans didn’t expect.

Henderson spoke to MMAjunkie about the fight with “Pitbull” and his recent rough stint under the Bellator banner.

Henderson tried to find a reason for his recent rough patch and says he’s been on the winning end of close decisions many times, so he can’t really complain about being on the other end this time.

“Bendo” isn’t going to let it deter him and he’s just as motivated as he ever was to get back in the win column. In fact, he’ll be back in the gym first thing Monday to continue his growth as a martial artist.

“When you get to a point where you’re losing and it doesn’t hurt, it doesn’t sting and you’re like, ‘Oh, I lost another one; oh, well’ (then you should retire). This burns my soul. This does not feel good. It is burning inside. You have to learn who to deal with it. Learn how to accept it, take it like a man, and get better from it. In no way, shape or form, am I not highly upset. But I know if I tear a TV off the wall and smash it, it doesn’t do anything. It’s just all theatrics. I know on Monday I need to get back in the gym and work on getting better so I don’t have close decisions, period.”