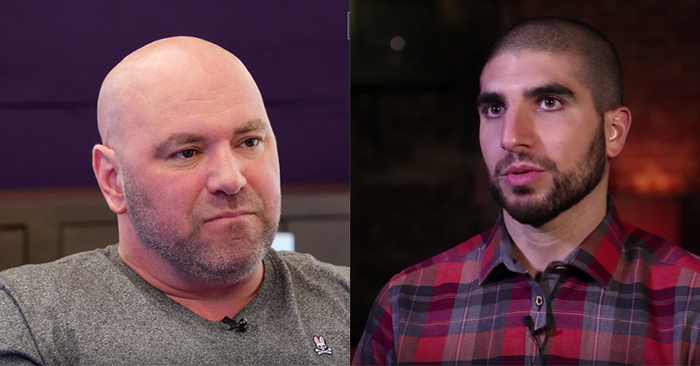 UFC lightweight champion Conor McGregor has been enjoying his time off after the success of his mega pay per view event against Floyd Mayweather this past August. McGregor went ten rounds with Mayweather and impressed a lot of people with his performance against boxing’s top pound for pound fighter.

Immediately following the match with Mayweather fans were already asking what the next move for McGregor would be, but the obvious option was a trilogy fight with his rival Nate Diaz.  McGregor and Diaz have fought twice with each fighter walking away with a victory in two of the UFC’s biggest PPV’s of all time.

Of course Diaz knows how to play the game, but at the end of the day this is the biggest payday for Diaz or McGregor in the UFC.

“For one, I never ever said I was waiting for a third fight with Conor McGregor,” Diaz said in an interview with MMAFighting.com. “I never said that. People think what they wanted and said that I wanted another fight with Conor. I already whipped Conor’s f—— ass. He should want a fight with me. I gotta light a fire up under his ass?”

“He’s the f—— b—-,” Diaz said. “You’re the f—— b—-, Conor. You f—— got your ass whipped and you’re running around like, ‘I’m the two-belt champion, I overcame adversity.’ I’m like, when? When you were quitting in that second fight? In the third round, he was making sounds like, ‘ugh, ugh.’

“He’s like crying, you know what I’m saying? When you’re a fighter, you understand. You know when somebody is being a little b—-.”

Rumors began to swirl yesterday that a fight between the two was set for December but UFC boss Dana White was quick to shut things down saying it’s “Not true AT ALL” on his Twitter.

Not true AT ALL

However, MMAfighting’s Ariel Helwani says that while the fight isn’t confirmed, it’s still the UFC’s plan and always has been.

That fight is still the plan, however, any report claiming it’s a done deal or even close to done is premature. Not close to done at all.