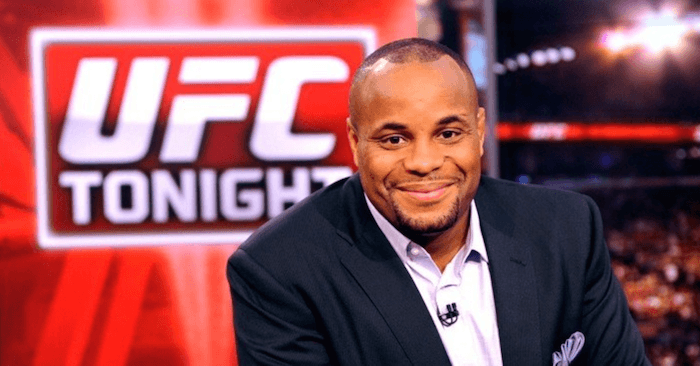 When Daniel Cormier asked for fans to give Jon Jones a bit of sympathy after his latest PED test failure, it caught many people of guard. Jones and Cormier have been bitter rivals that have even gotten physical outside of the octagon, so not many expected D.C. to take the high road in this situation.

However, Cormier still doesn’t want to kick Jones while he’s down and believes he’s dealing with more than enough negativity right now. The UFC light heavyweight champion was on “The MMA Hour” on Monday and explained why he asked fans to go easy on Jones.

“I don’t know exactly what the guy’s going through, obviously,” Cormier said of his rival Jon Jones. “But I know that when sh*t’s bad, it sucks when people are piling on. So I’m like, man, kinda lay off, you know? It sucks. Because it’s crazy, you can have the most support in the world, and the ones that are going ‘haha, you cried on national television, you’re a p*ssy, you’re this, you’re that,’ those are the ones that kinda stick with you. So I can only imagine the amount of people that call him all that stuff, and it’s just like, give the guy some space.”

“If you don’t like him and you don’t like what he did, he’s probably heard what you said,” Cormier said. “And if you want to show support for me, I get it. But, be positive with me and you don’t necessarily just have to pile on while this dude’s down in the dumps.”

D.C. isn’t trying to condone Jon’s behavior in any way, but still feels for Jones because it’s not just tough on him, but his family as well.

“Look, I am by no means saying I’m okay with what he did,” Jones said. “I’m not, and it was not right, regardless of this — it comes out that this supplement was tainted or whatever the case is, it still was in the system the day of the fight or the day before the fight, and that’s unfair.

“But, at some point, you know the dude’s got to get up every day and deal with his kids and deal with his family. It’s hard, it’s hard when you’re down and people are kicking you, to deal with your family and put on a face. I’m still, my feelings have not changed, but, a little compassion goes a long way in those situations.”