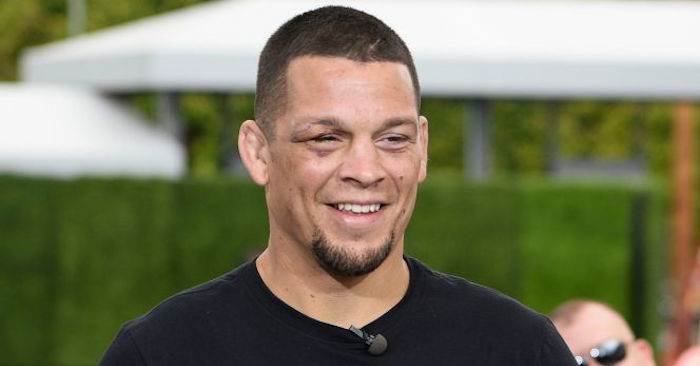 Nate Diaz has been enjoying his time away from the octagon after getting the highest pay days of his career for his last two fights in the UFC. In March of 2016 Diaz replaced an injured Rafael dos Anjos at UFC 196 at the last minute and shocked the world when he submitted Conor McGregor in the second round. The win propelled Diaz to superstar status and made him one of the highest paid fighters in UFC history.

Just five months later. in August of 2016, McGregor and Diaz had their rematch at UFC 202 which was an even bigger event than their first fight. Diaz once again received a massive payday for his efforts during his five round rematch with McGregor and has been enjoying the fruits of his labor ever since.

A rematch with UFC lightweight champion Conor McGregor seems to be the direction things are headed in, which would once again give Diaz the type of paycheck he’s looking for.

Nathan Donald “Nate” Diaz (born April 16, 1985) is an American professional mixed martial artist currently competing for the Ultimate Fighting Championship (UFC). He was the winner of The Ultimate Fighter 5. Diaz is the younger brother of former Strikeforce Welterweight Champion and WEC Welterweight Champion, Nick Diaz. Prior to signing with the UFC, Diaz competed in World Extreme Cagefighting, Strikeforce, and Pancrase. As of June 6th 2017, Diaz is #8 in official UFC lightweight rankings.
He holds notable victories over the likes of Conor McGregor, Donald Cerrone, Gray Maynard, and Takanori Gomi. Diaz is also tied with Joe Lauzon for the most UFC bonus awards, with 15 in total.

Check out what his last two massive fights against Conor McGregor have done for Nate’s star power.