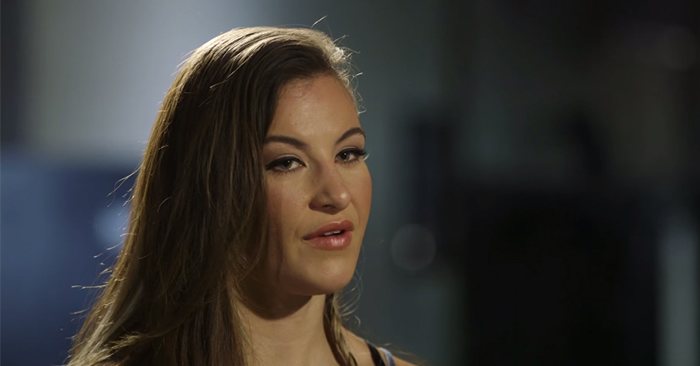 At this point, Miesha Tate is done counting Conor McGregor out. The UFC lightweight champion surprised a lot of fans with his performance against Floyd Mayweather this past August. McGregor was able to have some shining moments during his boxing match with Mayweather and even won some of the early rounds.

Going ten rounds with someone like Mayweather is an exceptional feat for someone like Conor McGregor since he didn’t even have any professional boxing experience.  Meanwhile, Floyd is considered one of the best pound for pound boxers of all time and has been an impossible riddle to solve in the squared circle. Names like Manny Pacquiao and Canelo Alvarez all failed in their attempts to dethrone Mayweather, so McGregor received a lot of credit all things considered.

Former UFC bantamweight champion Miesha Tate was on MMA Tonight and said she’s been thoroughly impressed with McGregor’s ability to perform in these situations.

After doubting Conor McGregor a number of times, Miesha thinks that McGregor not only be able to rise to the occasion but also thinks he presents the power to cause St. Pierre problems.

“So I just think he would probably do well. He’s evolving, he’s very athletic, he’s heavy handed. I think he could knock out a lot of guys bigger than him. Look how well he did against Mayweather. I was so impressed with how he did there. I thought he was gonna lose that fight handily and he hung in there tough.”

First things first for GSP though as he’s got a tall task in front of him at UFC 217 in the form of middleweight champ Michael Bisping.