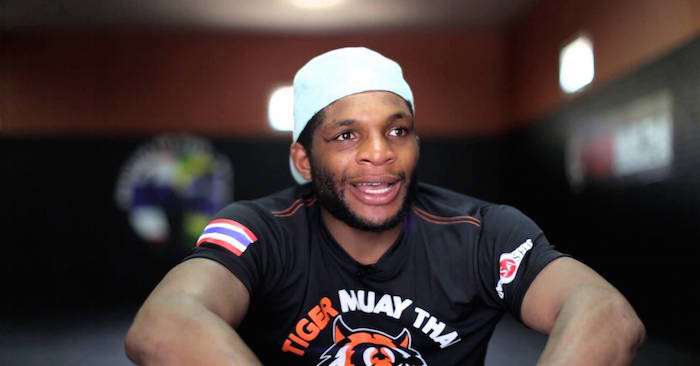 Former UFC welterweight L.enz Larkin had taken his time to negotiate his contract options once his deal with the UFC was up. Larkin left the promotion as one of the top ranked welterweight fighters in the world, and even holds a victory over former champion Robbie Lawler.

Lorenz Larkin explained his decision to not sign with the UFC prior to his fight with Bellator welterweight champion Douglas Lima.

““It’s a complete 180,” Larkin told MMA Fighting. “I have a one-on-one with [Bellator CEO] Scott [Coker], he calls me if he needs anything or vice versa. Its just a complete 180. I’m pretty sure in this fight, I got marketed more than in my whole career. And it’s disheartening to say that, but it’s true. I’ve never seen so much of me out there.”

“I’m pretty sure other fighters got that (treated like Johnson),” Lorenz Larkin said. “With me, I never had a one-on-one with UFC as far as talking to them and things like about my career or contract or anything like that. He wouldn’t lie. It would be a dumb decision to make some stuff up like that so I’m pretty sure there’s truth to that story. It’s crazy, all the years this has been the most I’ve been marketed,” Larkin said. “Everything happens for a reason, I’m glad everything happened, and I wouldn’t change it or I wouldn’t be here right now.”

There was also a lot of bad blood heading into his fight with Daley and the two had to be held back when they came face to face the day before. So needless to say there was no handshake before or after the fight between Daley and Larkin. Check out how the action unfolded last night.

The opening round had both fighters feeling each other out trying to gauge the distance and not over commit to anything. Towards the end of the round the two ended up on the ground after Daley slipped and after a few submission attempts and ground exchanged, the round came to a close.
The second round Daley came out with a real sense of urgency after probably losing the opening frame. Daley was throwing heavy shots and keeping pressure on Larkin. He was even looking for takedowns while walking him down, but after a missed spinning back elbow, Daley landed a hard left hook that left Larkin nearly out on his feet. Daley pounced on him with hard strikes and the referee jumped in to halt the fight.
Paul Daley def. Lorenz Larkin by knockout in the second round.
Following Daley’s win, other fighters jumped on social media to share their thoughts.

A top 10 UFC WW is now 0-2 in the Bellator WW division? but WWs outside the UFC suck.