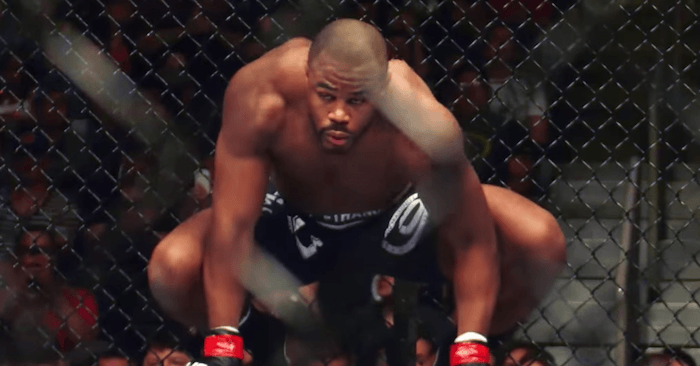 Rashad Evans has done it all in the sport of mixed martial arts, but he’s not ready to walk away just yet. The former UFC light heavyweight champion made the jump from 205lbs down to the middleweight division (185lbs), but hasn’t had the career resurgence he’d hoped.  Despite the fact that he lost his middleweight debut to Daniel Kelly, Evans seemed very relaxed going into his last fight with Sam Alvey.

“Here’s the reality: Who knows what life is going to bring?” Evans said during his UFC Fight Night 114 pre-fight interview with MMAjunkie.com. “I can wish for one thing, but life can have a totally different plan. All I know is that I’m very blessed to be here. All I know is that this dream came out of nowhere. And I’ve already won. I’ve already won just by being here. I’ve already won by being in the game for 15 years, so whatever’s to come is whatever’s to come. I’m just going to enjoy myself along the way.” Evans continued, “There was definitely a part where I had that doubt, and I started to give in to what people were saying,” Evans said. “Just the mental weaknesses, just giving into the pressures of whatever was causing me to not go out and compete and be at my best. The easiest thing in the world is to just give in and to give up. And I really had to have a gut check. And just be honest with myself. And just face some of the things that I didn’t want to face. Get my mind turned around in order to put myself in the position where I feel like I can compete.”

Following the loss to Alvey, it wasn’t certain whether Rashad would hang the gloves up or give it another go in the octagon. However, Evans spoke to MMAfighting,com recently and confirmed his intentions to continue fighting, but this time back at light heavyweight.

“I can’t retire like this,” he said. “I would never know peace again in my life. Endless nights I would be left looking at the ceiling unable to accept reality.”