Well, despite the ups-and-downs of what came to be Michael Bisping vs. Georges St-Pierre, the UFC has put together a triple-header of title fights for it’s return to Madison Square Garden.

Though the card is still more than a month out from coming to fruition, if all things hold true, we’ll get to see the return of GSP as a middleweight title challenger in the night’s pay-per-view main event, as he returns to action after four-years absent against the new champion Michael Bisping.

Also on the card, Cody Garbrandt will get to square off with his number one rival in T.J. Dillashaw.

Th event is stacked, and earlier today the UFC put out their first bit of promotional material with all three title fights present. 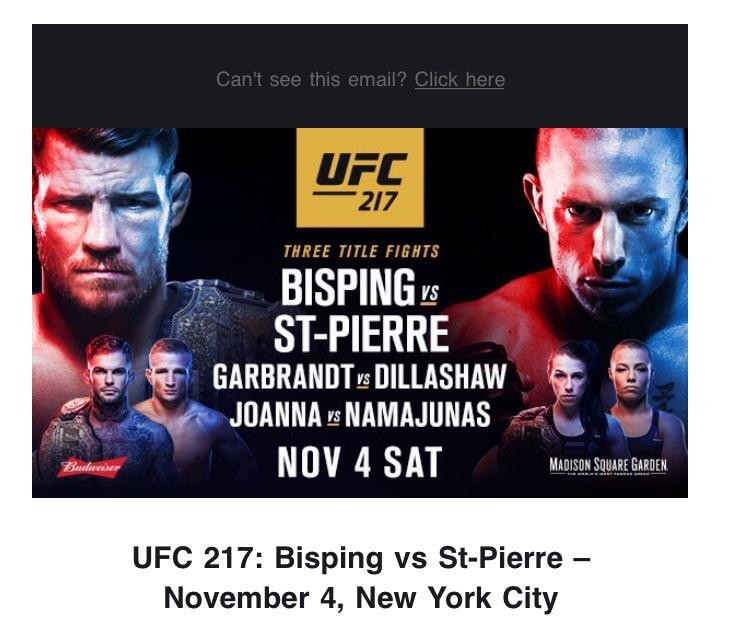