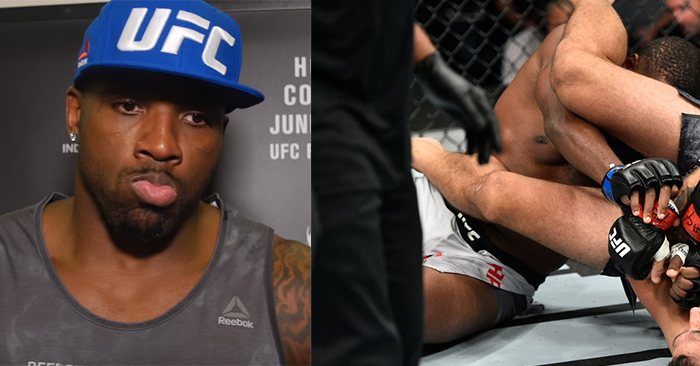 The Ultimate Fighting Championship (UFC) nearly had a tough situation on their hands last night. UFC 216 took place last night inside the T-Mobile Arena in Las Vegas, Nev. The highly anticipated UFC 216 fight card was set to feature a heavyweight brawl between former champion Fabricio Werdum and Derrick Lewis. However, Derrick Lewis pulled out of the fight on just hours notice due to a back injury.

Frantically looking for a last minute replacement, the UFC turned to another heavyweight already set to fight on the night’s card. Walt Harris was initially set to take on Mark Godbeer on the UFC 216 preliminary card. However, the heavyweight would go on to accept an offer to replace Derrick Lewis and to face the former heavyweight champion on just a moments notice.

Of course, Walt Harris suffered a swift defeat to Fabricio Werdum. Within the first minute of the fight, Werdum sank in an armbar submission over his opponent. Now Walt Harris has gone to Twitter to offer his reaction to the event.

Here is what Harris had to say:

“@ufc by any chance do you offer a participation trophy!”

@ufc by any chance do you offer a participation trophy! ???