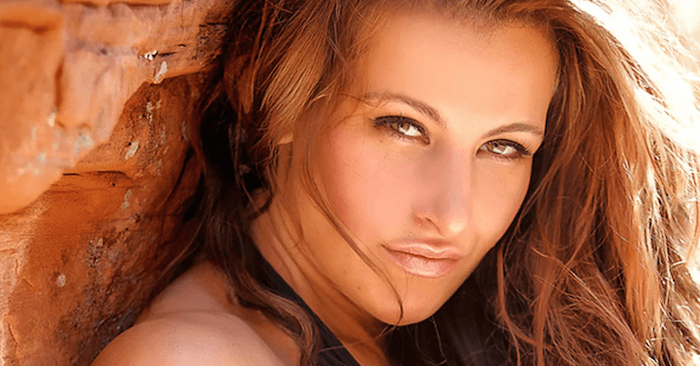 Former UFC bantamweight champion Miesha Tate has been retired since her UFC 205 loss to Raquel Pennington.

Stating she no longer had the drive and desire to compete, Tate went out and never looked back.

“It is not on my radar to come out of retirement at all,” Tate said while covering a UFC event behind the Fox desk. “I kind of like hanging out with you guys. So I plan to be here a little bit more. But if I did, 145 pounds sounds a little bit more appealing. I do enjoy my pizza. So with that being said, I don’t want to have to cut weight anymore either.”

After breaking up with her longtime boyfriend Bryan Caraway, Miesha opted in on a global travel plan that saw her travel to the far stretches of the globe, enjoying every second of her new found freedom.

As a result of her inactivity in fighting, Tate often goes days, sometimes weeks without MMA friendly updates on her social media.

After hosting a pool party in Palm Springs Tate shared a new selfie to her social media.

Check out the picture below:

Don't forget to come join me by the pool today @hrhpalmsprings to ring in the summer! 89 degrees let's enjoy it while it lasts! #poolparty #hardrockpalmsprings #meetandgreet

Thanks for giving us a visit. Have a great day!