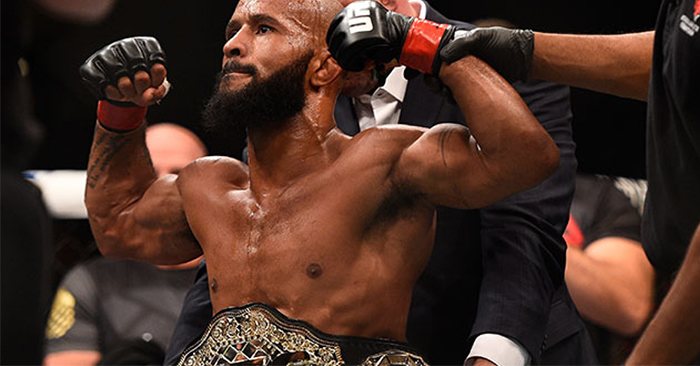 UFC flyweight champion Demetrious Johnson break a coveted UFC record at last night’s UFC 216. Perhaps equally as impressive as his record breaking win was exactly how “Mighty Mouse” did it. Now a set of statistics from the fight have been made available to highlight Johnson’s incredible performance.

UFC 216 took place inside the T-Mobile Arena in Las Vegas, Nev. on Saturday night. In the main event, Tony Ferguson and Kevin Lee looked to settle their bad blood in a war for the interim lightweight title. In the end, Ferguson earned a submission victory over his opponent and has since been crowned the interim champion.

In another exciting championship fight from the night, UFC flyweight champion Demetrious “Mighty Mouse” Johnson made history by breaking Anderson Silva’s record for most consecutive title defenses. For the co-main event of the night, Johnson faced off against Ray Borg. Borg would go on to be largely out-classed by his opponent, though the tough contender gave it his all in the exciting title fight.

Recently revealed statistics concerning the fight have revealed that Ray Borg only managed to land a total of 22 significant strikes in the entire fight. “Mighty Mouse,” on the other hand, scored a total of 172 hits on his opponent. 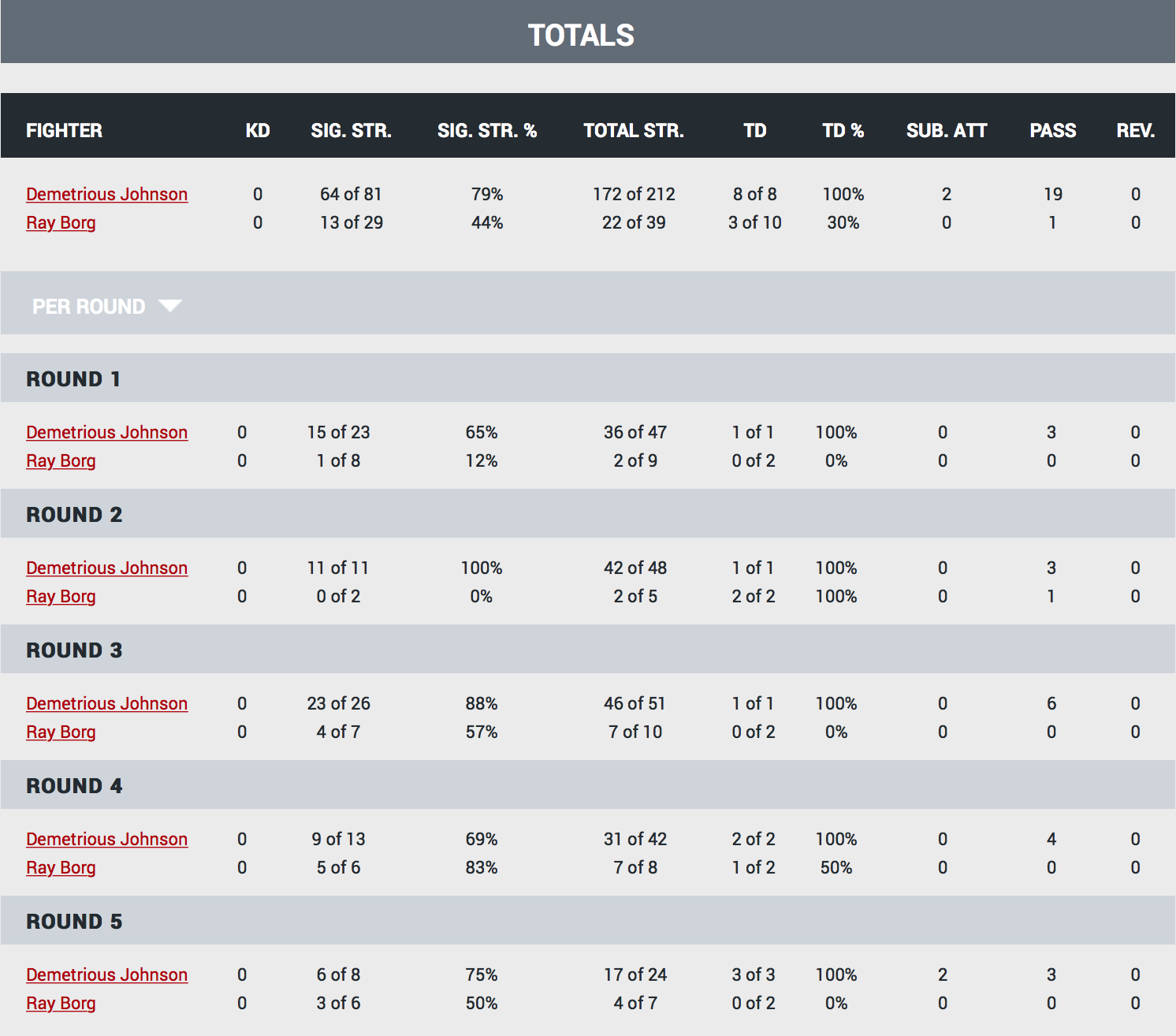