With all the rumblings and speculation surrounding the career trajectory of UFC lightweight champion Conor McGregor, FOX news is now reporting that the UFC will strip the champion at this week’s UFC 220 event.

This only makes sense, given the current circumstances of McGregor’s title reign.

Dana White revealed recently that Conor does not want to return to action until September, which would be close to two years without a fight in the UFC.

The UFC boss hinted that they would strip the lightweight champion if not ready to defend his belt by March, and by all accounts, it appears as if the UFC will proceed with a Ferguson vs. Khabib fight for the undisputed world title.

UFC lightweight champion Conor McGregor will be stripped of his title this weekend to allow Tony Ferguson and Khabib Nurmagomedov to fight for it, according to reports.

The Irish fighter has not fought since claiming the 155-pound title in November 2016, and in that time Ferguson has risen to claim the interim belt. 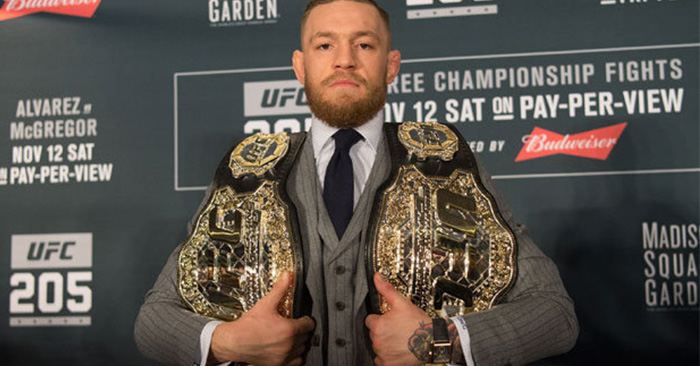 McGregor has apparently been in talks over a defence in August, but the UFC is apparently unwilling to wait that long.