The Ultimate Fighting Championship (UFC) has come forward with an update on the official rankings. With that in mind, there have been some mover shifts among the promotion’s top competitors.

UFC featherweight phenom Chad Mendes made his big octagon return over the weekend, earning a stunning finish in the first round at UFC Fight Night 133. Consequently, Mendes has burst back in the division’s rankings and consequently moved many featherweights among the list.

Meanwhile, UFC superstar Nate Diaz has dropped in the official rankings due to his inactivity. The fighter has not competed inside the octagon since 2016.

Check out the latest changes to the rankings down below (green arrows indicate an increase in rank, while a red arrow will indicate a decrease in rank): 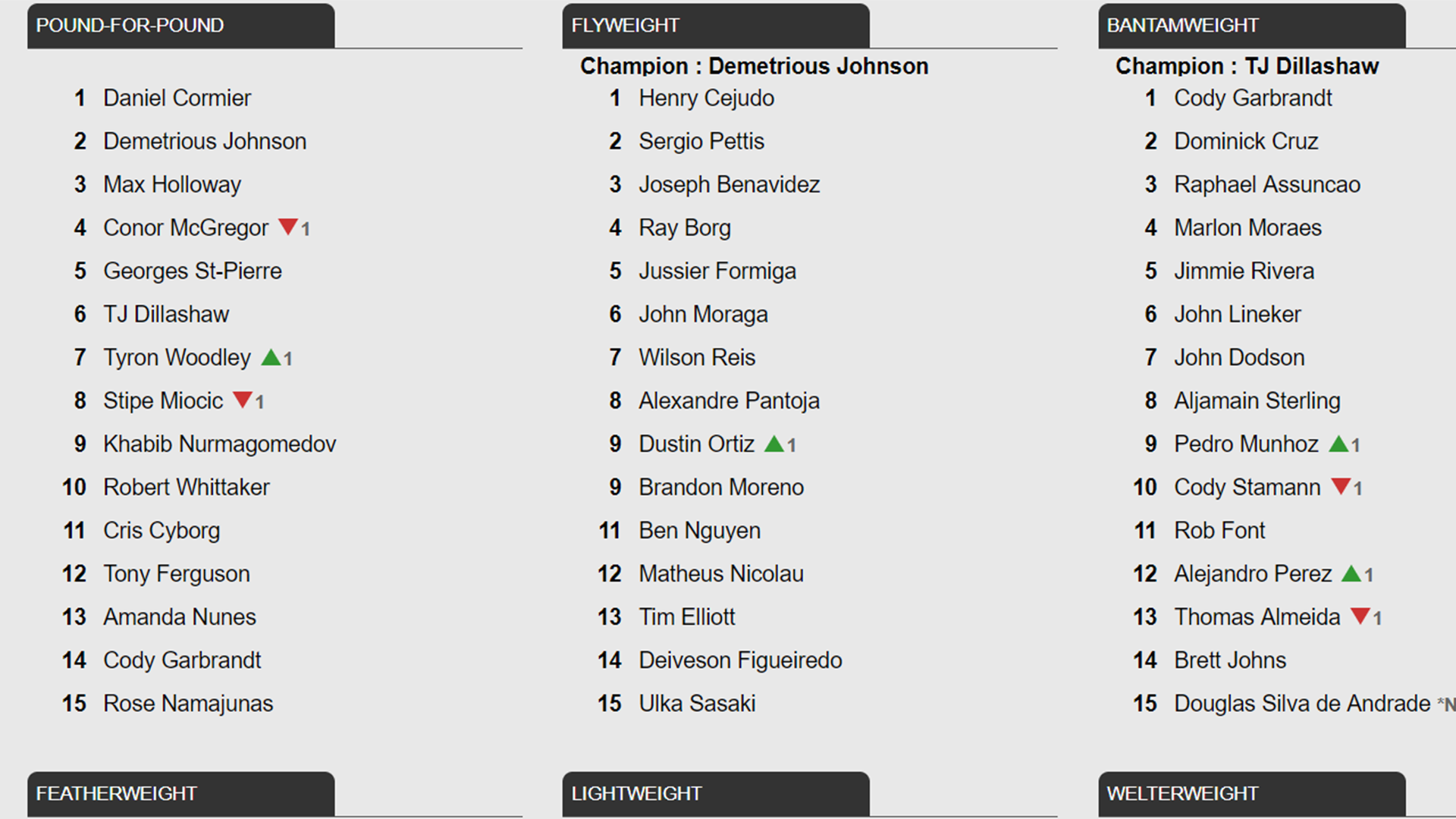 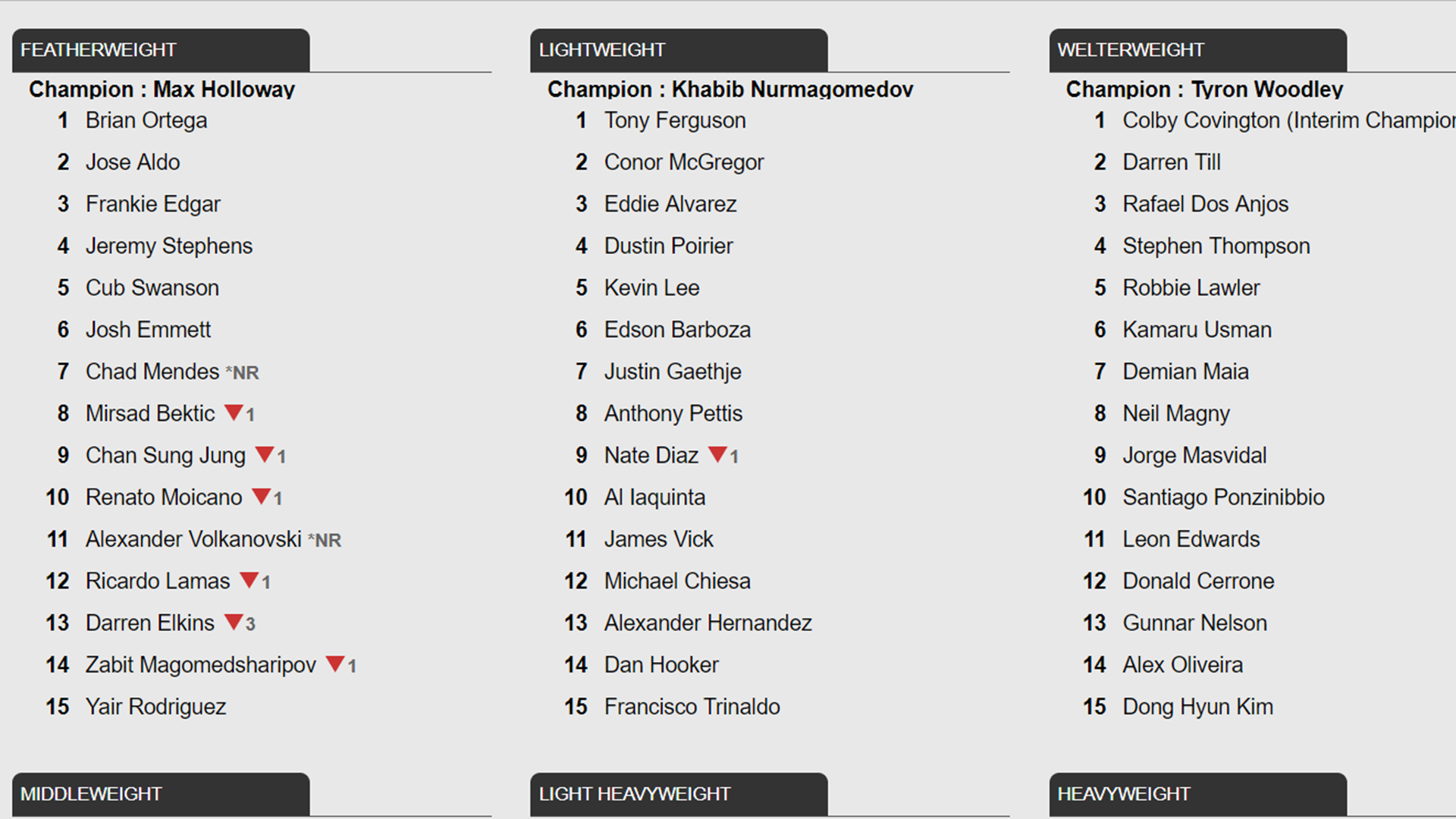 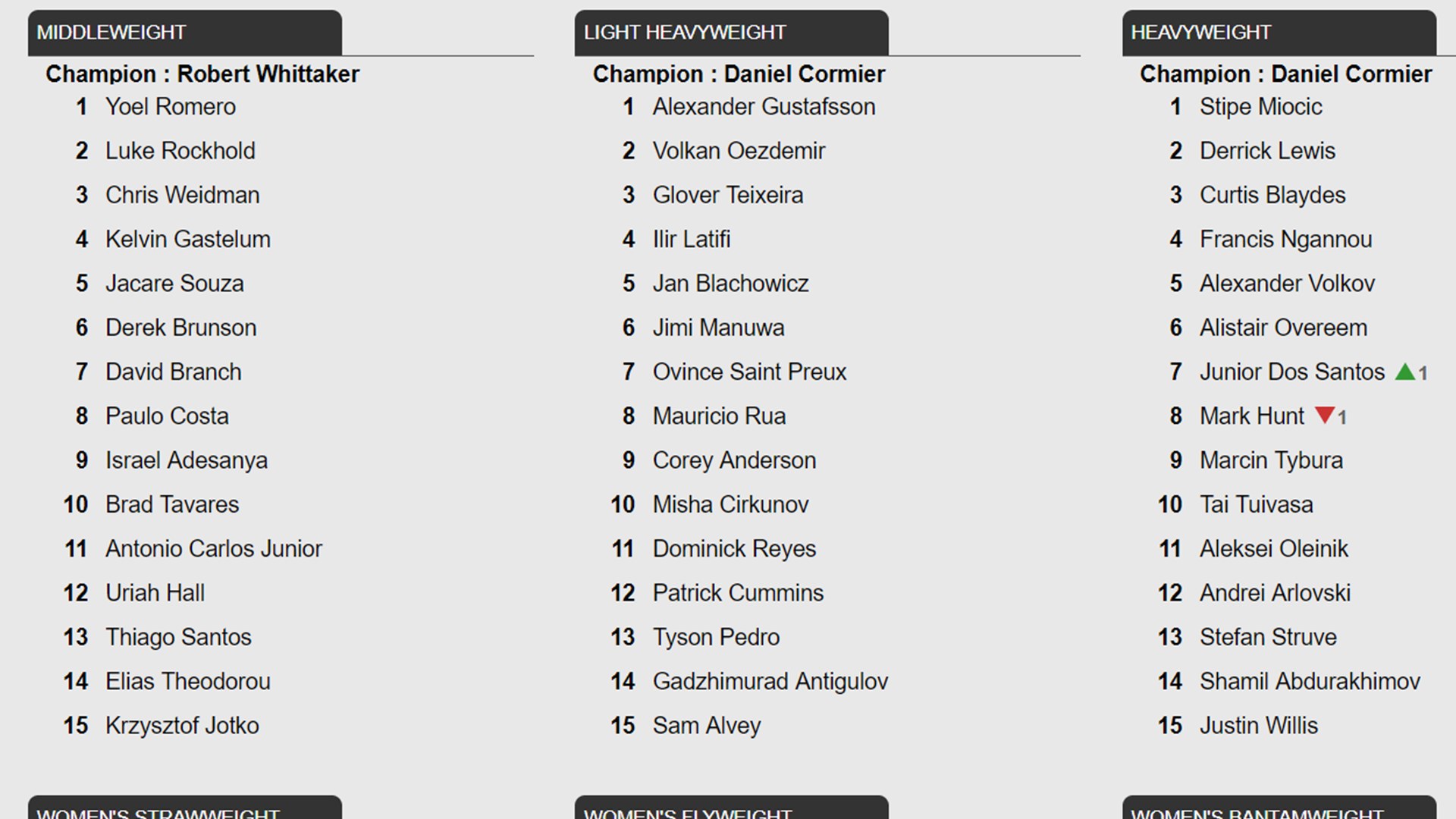 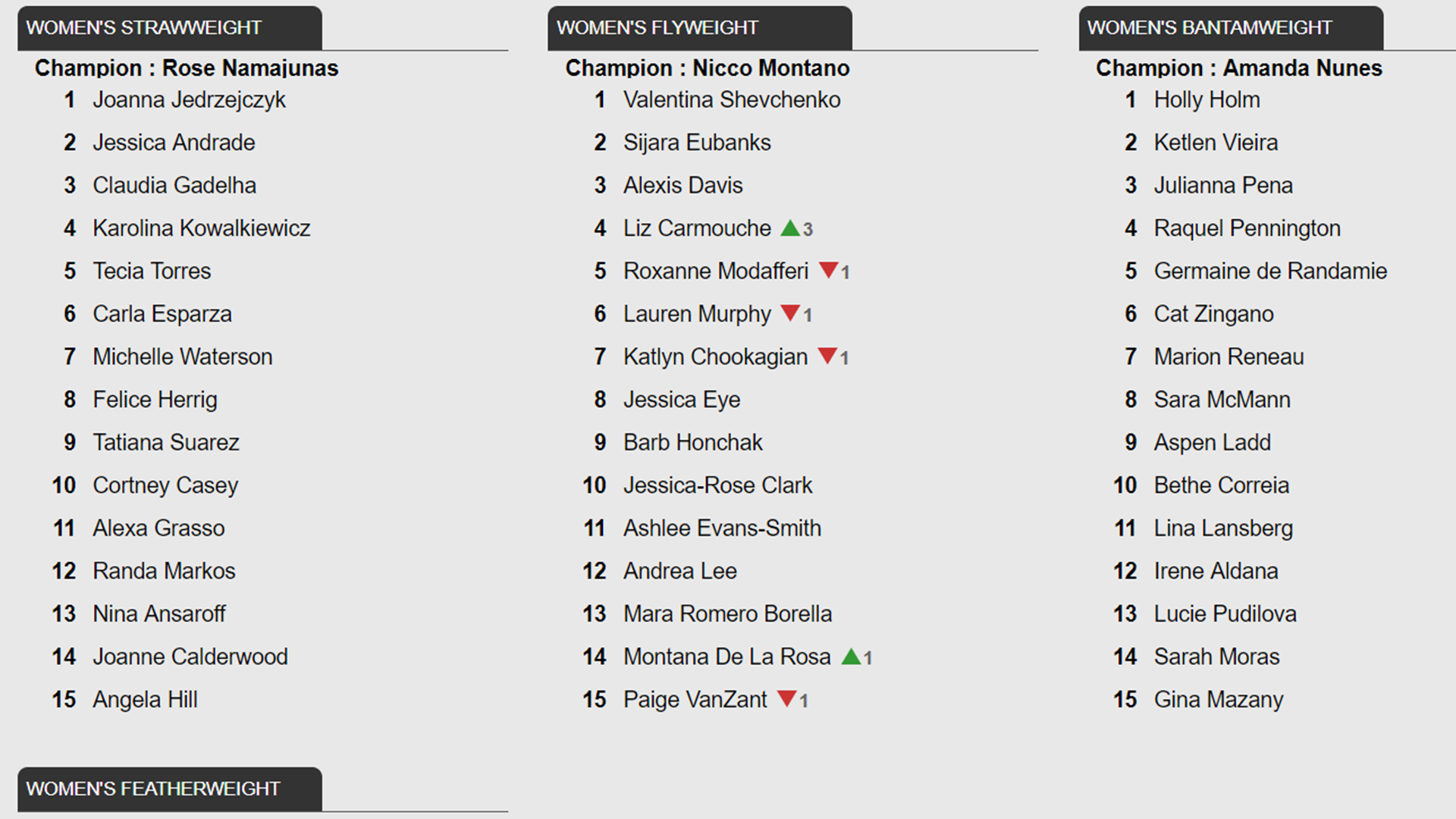