The Ultimate Fighting Championship (UFC) has provided an update on the official rankings. With that in mind, it would appear that UFC megastar Conor McGregor has dropped in the pound-for-pound rankings.

Conor McGregor, once the king of the octagon as the UFC’s first ever reigning multi-division champion, has dropped bellow UFC featherweight title holder Max Holloway in the official rankings. Holloway now holds the No. 3 spot, while “Notorious” has dropped to No. 4. 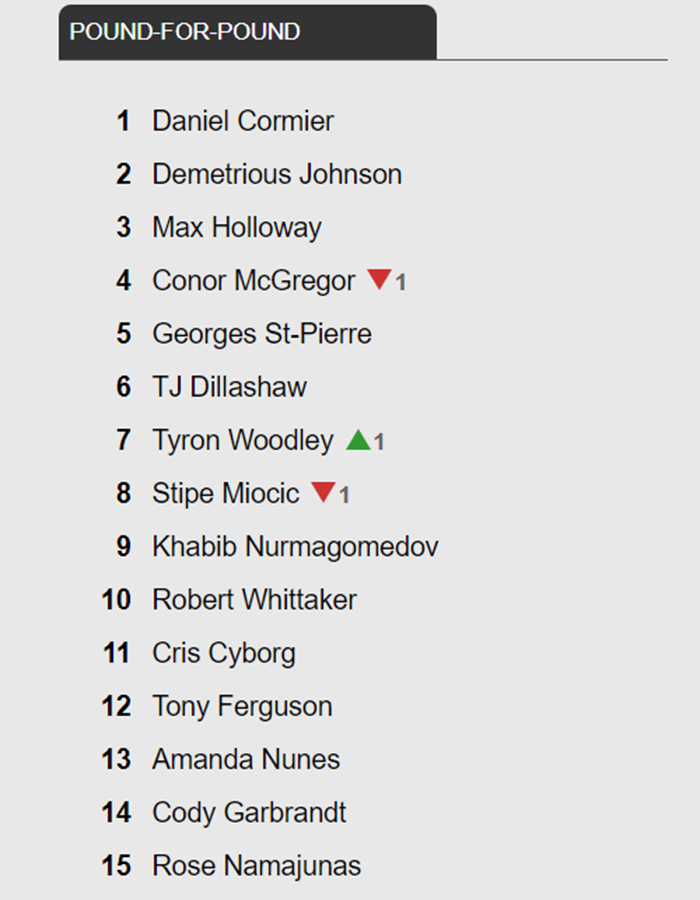