While many fights from last night’s UFC 226 had the Las Vegas crowd on their feet, the night’s co-headliner could not quite be counted among them. Now a photo from the controversial fight is beginning to go viral.

The live pay-per-view event for UFC 226 went down on Saturday, July 7, from within the T-Mobile Arena in Las Vegas, Nev. as part of International Fight Week. The event lost its original co-headliner, as UFC featherweight champion Max Holloway was pulled from his title fight against Brian Ortega for having concussion-like symptoms.

Consequently, heavyweight Derrick Lewis and former title challenger Francis Ngannou were moved up to the night’s co-main event. The fight reportedly ended with less than 30 strikes having been thrown throughout the entire 15 minute match.

Lewis was reportedly suffering reoccurring back issues during the fight and Ngannou was coming off of a tough loss to Stipe Miocic. When Ngannou and Lewis met inside the octagon, neither fighter was seemingly interested in exchanging.

Lewis eventually earned a unanimous decision victory, but suffered a bevy of boos from the crowd in the process. Now a picture of the two fighters fist bumping at the beginning of the match is going viral on MMA forums as the hardest strike from the entire fight.

Check it out down below: 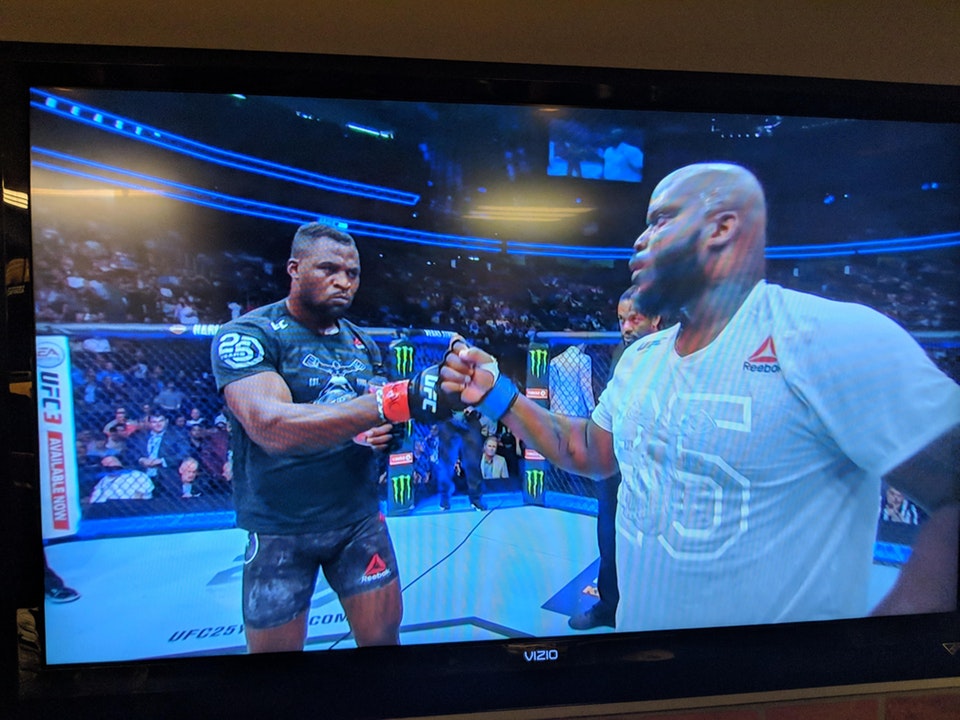