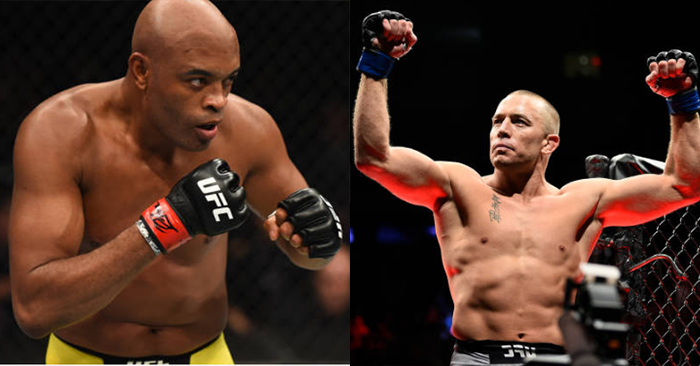 During Anderson Silva’s dominant title reign within the Ultimate Fighting Championship’s middleweight division, many fight fans were hoping for a super fight between “The Spider” and Georges St-Pierre. Now it would appear that Anderson Silva is finally down for the match up.

During much of Silva’s title reign, Georges St-Pierre was quickly earning the reputation as the most dominant champion within the UFC’s welterweight division. Naturally, fight fans quickly began pinning together hopes of a fight between the two.

Speaking to Inquisitor, Anderson Silva has since come forward to reveal his interest in taking on the French-Canadian phenom.

Yeah, absolutely. Georges is the great name in Canada, I’m the big name in Brazil… I believe everybody in this sport [would] like to see Georges and Anderson Silva in a super fight, you know?