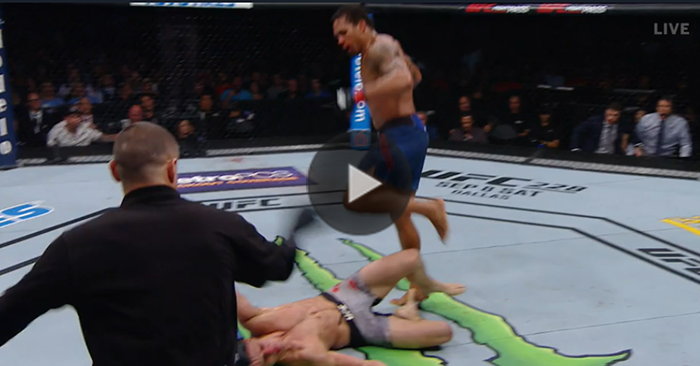 The Ultimate Fighting Championship (UFC) is hosting another stunning fight card this weekend. Now that the exciting event is underway, the time has come to check out the UFC results from the latest bout.

UFC Fight Night 135 is taking place from within the Pinnacle Bank Arena in Lincoln, Nebraska on Saturday, Aug. 25. Kicking off the night’s main card on FS1, former Alabama Crimson Tide football player Eryk Anders is taking on Tim Williams in a middleweight match up.

The first round kicked off at a methodical pace, as both fighters began sizing out each other’s range and striking power. Williams then pressured Anders into the fence, before pummeling the fighter with a series of strikes. Ultimately, it was seemingly a strong round for Williams.

Anders began to pour on the pressure in the second round, pummeling Williams with a series of strong combinations. However, Williams retaliated with some tough shots before the sound of the bell. This will be a tough round for the judges.

The two fighters slowed down the pace in the final round, as each competitor seemed somewhat gassed from their octagon brawl. However, Eryk Anders then launched an upwards kick to the head of his opponent as Williams ascended from the canvas, ending in a devastating knockout.

Anders letting his hands go here in round 2! #UFCLincoln pic.twitter.com/qeTH4RZjiA