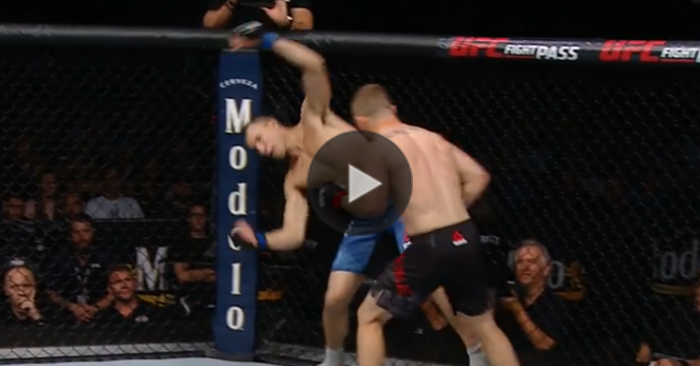 The time has finally come. The headliner for the latest highly anticipated fight card from the Ultimate Fighting Championship (UFC) is now going down.

The world’s most famous mixed martial arts promotion is hosting UFC Fight Night 135 from within the Pinnacle Bank Arena in Lincoln, Nebraska live on FS1 for fight fans worldwide. Headlining the night’s event, lightweights Justin Gaethje and James Vick are meeting inside the octagon to settle their score. The UFC results from the exciting match up can be seen below.

The fight did not last long. Justin Gaethje managed to earn a devastating knockout over his opponent within the first round.

UFC Results: Justin Gaethje def. James Vick via knockout in round one

The talk is over ..#UFCLincoln main event starts now! pic.twitter.com/EKIhDvuJzD