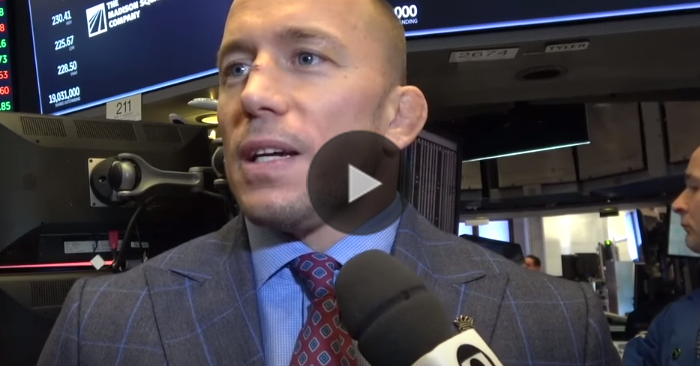 The Ultimate Fighting Championship (UFC) caught some heat from fight fans for matching CM Punk up against Mike Jackson back at UFC 225. Neither fighter had the same level of mixed martial arts experience as many of the promotion’s elite competitors.

That being said, former two-division UFC champion Georges St-Pierre believes there is nothing wrong with celebrities like CM Punk fighting within the UFC. However, there are a few caveats.

Speaking at a recent press conference, as seen within the video below, St-Pierre revealed his thoughts on the matter.

“Now, you can be the elite, but it’s like a reality show, too. The world has changed, and I think we need to evolve with it.

“We’re entertainers, and because we’re entertainers, the decisions are made for money, especially, I believe, since the UFC has been sold. They have a big debt to pay, and they have to take care of business. I know it’s frustrating sometimes, but I think it needs to be a mix of both.”