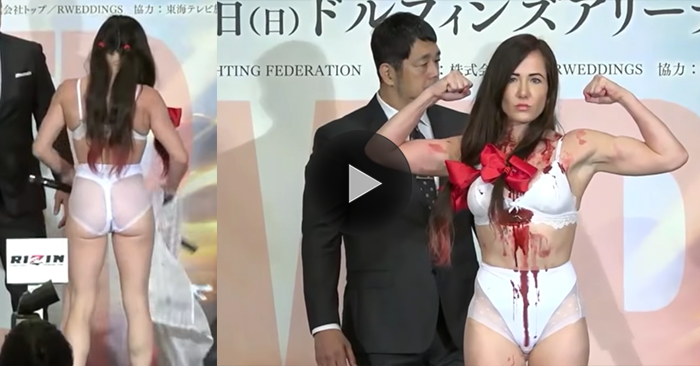 Former UFC women’s strawweight Angela Magana is now set to make her big debut under the mixed martial arts promotion Rizin Fighting Federation. With that in mind, the talented fighter recently had her official weigh-ins for the exciting match up.

Angela Magana has found herself on a bit of a losing streak as of late. The mixed martial artist went 0-3 within the UFC before being cut by the promotion. Overall, the fighter is now on a five fight losing streak.

Now Angela Magana is set to face off against Kanako Murata at Rizin FF 12. The event will take place Aug. 12 from within Nagoya, Japan.

Both fighters made weight for the event, but Magana decided to add a little flare to the recent weigh-ins. Appearing in lingerie and covering herself in fake blood, Magana certainly managed to snare the attention of the crowd.

Check it out within the video below.