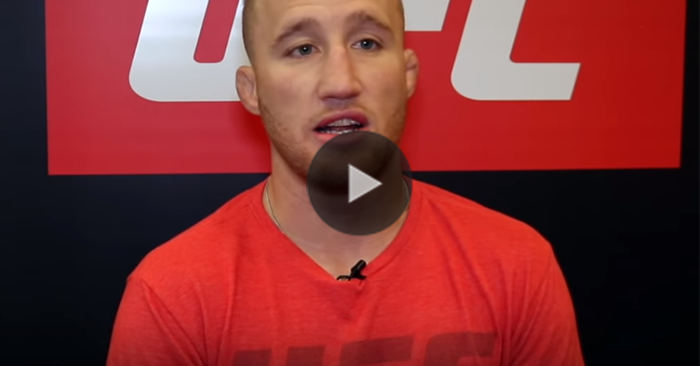 UFC lightweight Justin Gaethje is currently set to take on James Vick in the main event of the UFC’s next big fight card. Speaking in a recent interview, Gaethje offered a few words on his heated rivalry with his upcoming opponent.

Gaethje and Vick are set to headline UFC Fight Night 135. The event will take place this Saturday, Aug. 25, from within the Pinnacle Bank Arena in Lincoln, Nebraska.

Speaking to the UFC, Gaethje has now come forward to reveal that there is nothing fake about his trash-talking with James Vick. Check it out below.

“No faking here, @Justin_Gaethje has no respect for James Vick.”

No faking here, @Justin_Gaethje has no respect for James Vick. pic.twitter.com/dWNwb6XKfN