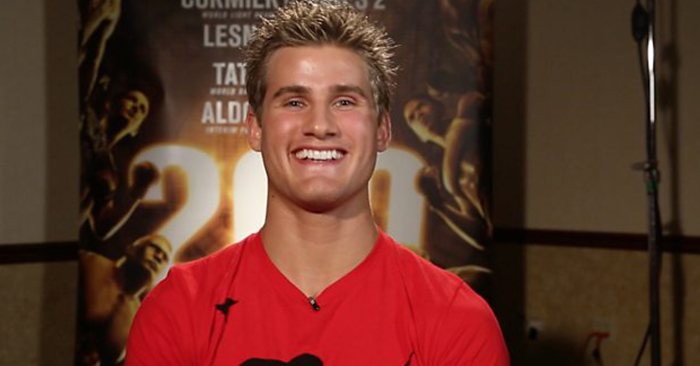 UFC flyweight champion Henry Cejudo earned his title back at UFC 227 with a victory that shocked the world. That being said, it would appear that the Olympic gold medalist was perhaps not well financially compensated for his efforts.

Henry Cejudo faced off against Demetrious Johnson for the UFC flyweight title back at UFC 227. Cejudo ultimately ended Johnson’s record breaking title defense streak by earning a split decision victory over the fighter.

“To tell you the truth, Henry did not get a lot of money for this fight. Everybody told him ‘Don’t take the fight.’ No one knows this but Henry had a very low … almost took a paycut to take this fight.”

“They were like ‘Well, you don’t have to take it, but if you don’t they’re gonna give it to Formiga.’ And then Pettis and Benavidez hadn’t fought yet, so it could have been the winner of that. And then TJ, so that’s three fights, it could be a year and a half, two years. So Henry goes ‘You know what, I’m not in it for the money. I’m in it for the legacy. I’m taking this fight now, I don’t care what the money is.’”

“And he took the fight on a … he didn’t really like, he didn’t really negotiate anything. Everybody was saying you shouldn’t be taking it for less than this much. He’s probably fought for the lowest salary for a title for a long time. Probably got paid less than Sage Northcutt.”