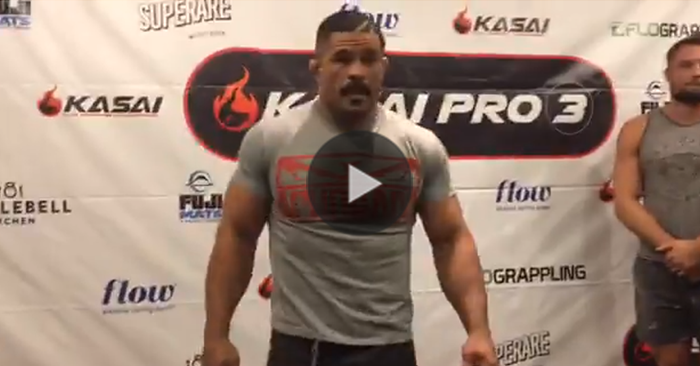 Former UFC fighter Rousimar Palhares has put on some serious mass as of late. The fighter has even gained some serious attention over the internet concerning the matter.

Well, Palhares was initially set to face off against Craig Jones in the main event of Kasai Pro 3 in New York for a 185-pound no-gi grappling match. Well, the fight was turned into a 200 pound catchweight match after it quickly became apparent that Palhares would never make the weight.

Still, Palhares managed to come in heavy. The fighter ultimately weighed in at at a massive 218 pounds. Check out a replay of the weigh-ins down below.