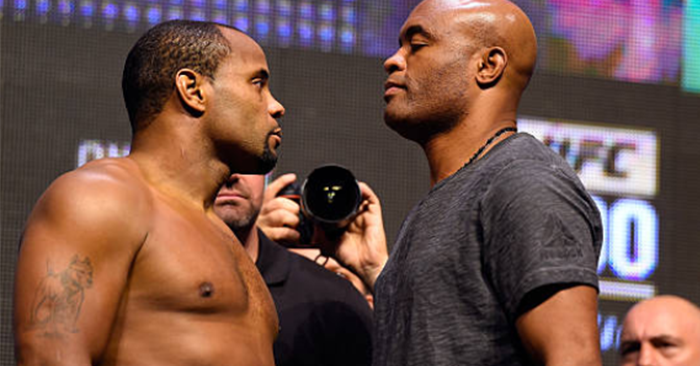 Former UFC middleweight champion Anderson Silva will be eligible to compete once again come Nov. 10, as the former title holder has successfully proven to USADA that his failed drug test was due to a contaminated supplement. With that in mind, Silva’s training partner Rafael Cavalcante has now come forward with his thoughts on whom “The Spider” should fight next.

Back at UFC 200, later to become two-division UFC champion Daniel Cormier was set to fight Jon Jones in a long awaited rematch. However, Jones was pulled from the fight on short notice after failing a drug test.

“I think the ideal (opponent) would be Cormier. He took that fight with no training, not even a day. If it were five rounds, in my opinion, it would have been bad (for Cormier). He’s tough and consistent, of course, but Anderson’s game is complicated and would have been tough for him in five rounds. When he got kicked, he was already worn out after holding Anderson. I believe someone at that level would be a good fight.”