The Ultimate Fighting Championship (UFC) will be hosting another exciting night of fights on Nov. 10. Now it would appear that the world’s most famous mixed martial arts promotion will be bringing back a classic throwback to spruce up the event’s octagon.

The highly anticipated fight card for UFC Fight Night 139 is set to go down Nov. 10. The event will take place from within the Pepsi Center in Denver, Colorado.

Headlining the night’s event, former UFC lightweight champion Frankie Edgar is now set to face off against Chan Sung Jung in a battle for division dominance. As reported by Sports Joe’s Ben Kiely, the UFC is planning on placing the promotion’s original logo from UFC 1 in the center of the octagon in order to commemorate the UFC’s massive 25th anniversary.

Check out a photo of the logo down below. 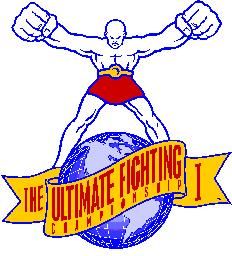