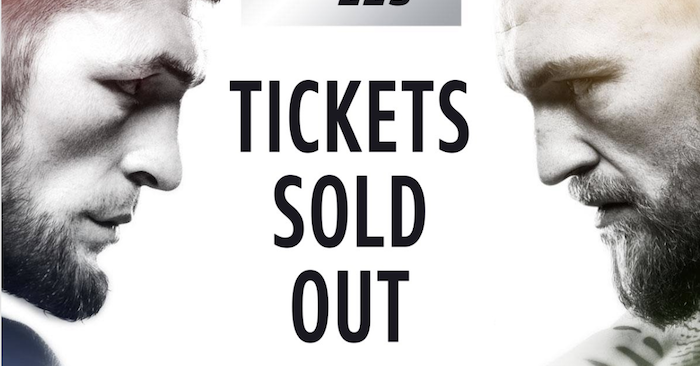 Mark the return of Conor McGregor an early success.

That’s because tickets for his upcoming UFC fight just went on sale, and sold out in under 3 minutes.

After more than a two year absence from the sport, the former two division UFC champion will return to action against newly crowned lightweight world champion Khabib Nurmagomedov.

The two will headline UFC 229 on October 6, at the T-Mobile Arena in Las Vegas.

The night’s main card will air live on pay-per-view.