Bellator middleweight champion Gegard Mousasi is now only hours away from his next title defense. That being said, it would appear that the talented mixed martial artist has already entered a heated verbal bout with a fight fan over the internet.

Gegard Mousasi is currently set to face off against reigning Bellator welterweight champion Rory MacDonald in the main event of Bellator 206. The highly anticipated fight card will take place Saturday, Sept. 29, from within the SAP Center in San Jose, Calif.

Taking to social media, Gegard Mousasi has since entered a rather heated verbal scuffle with a fan however. Check it out down below. 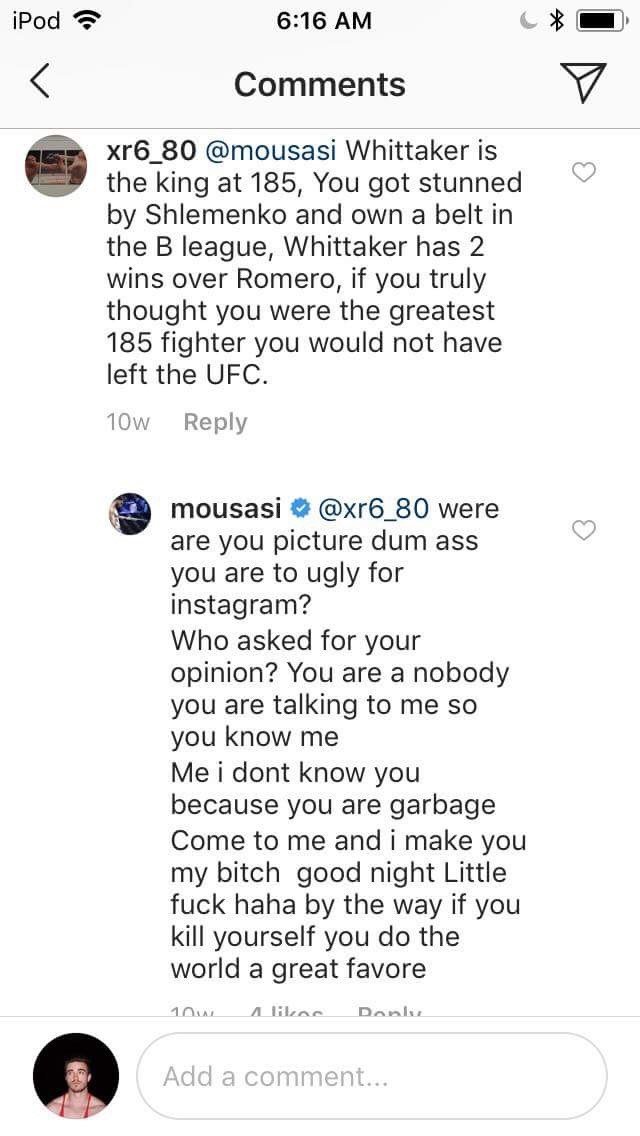