Former UFC heavyweight champion Fabricio Werdum is the latest man on Hunt’s resume to have been flagged by USADA, and was just handed down a two year ban for his violation.

Werdum knocked out Hunt back in 2014, and now that he’s been a proven PED violator, Mark Hunt has taken to social media to unload on him. 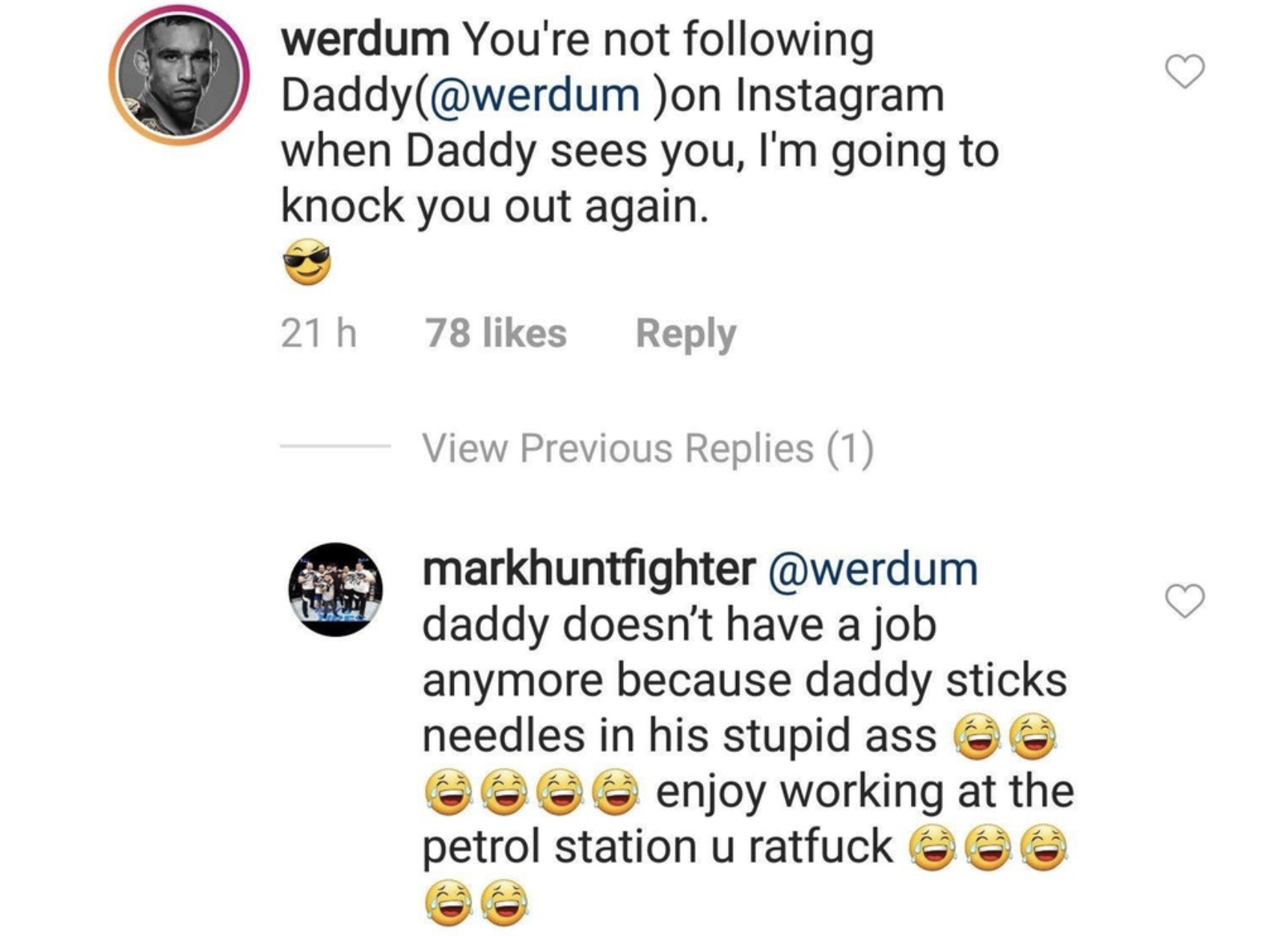