As the return of former UFC two division champion Conor McGregor draws near, images and video from inside the UFC mega-star’s training camp continue to emerge on-line.

In one of the newer postings from inside Conor’s camp, McGregor’s sparring partner is seen wearing duct tape around his head.

A fan questioned why the training partner is wearing such a thing, and he actually got a direct reply from Conor MdGregor himself. 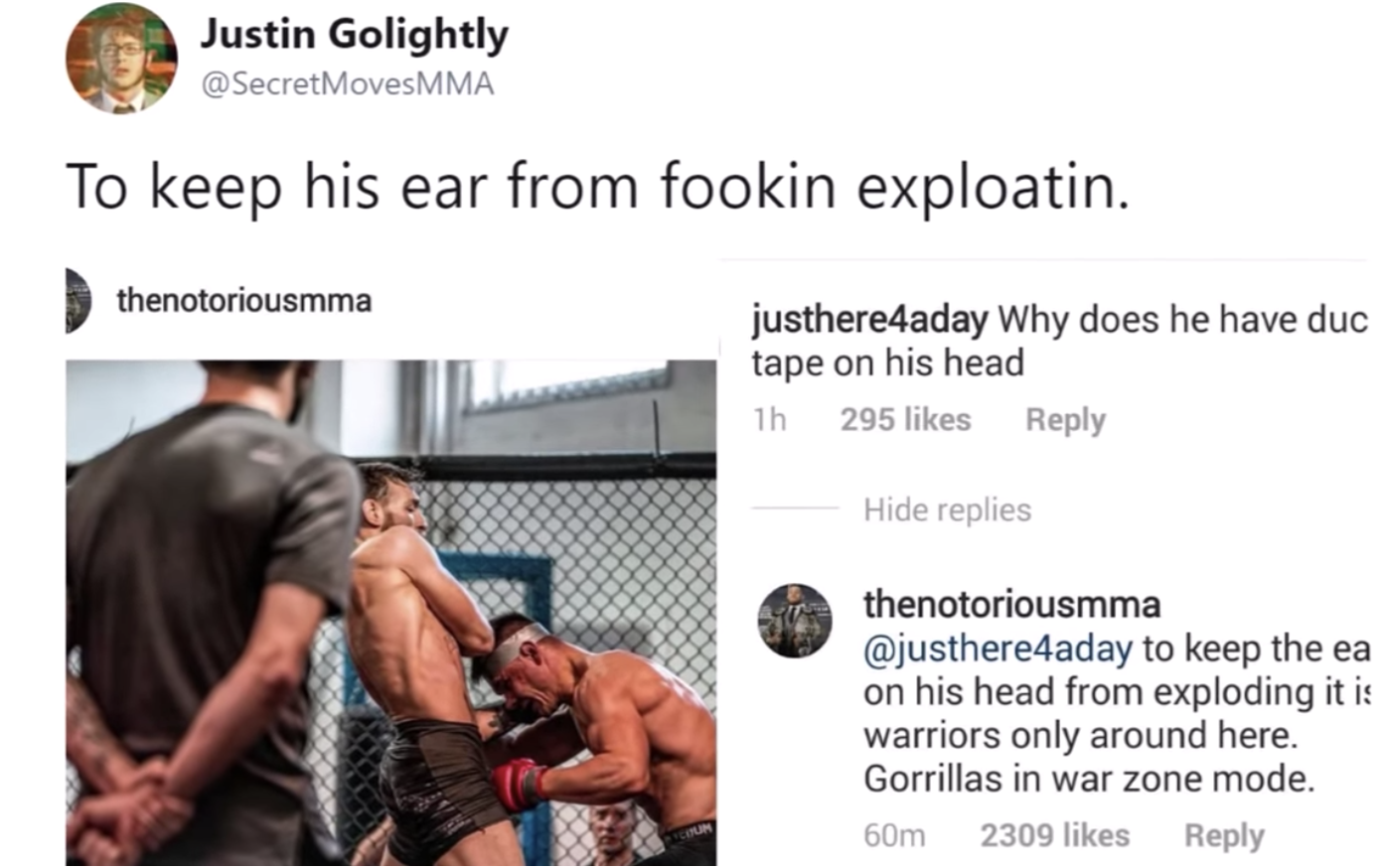