Nicco Montano was stripped of her UFC women’s flyweight title over the weekend. Now the former champion has come forward with some heated remarks for fight fans over social media.

Nicco Montano was initially set to defend her title from Valentina Shevchenko in the co-main event of UFC 228 on Saturday, Sept. 8. However, Montano was rushed to the hospital on Friday after suffering kidney issues during her weight cut.

Consequently, the fight was cancelled and Montano was stripped of her title. Now taking to Twitter, Montano has retaliated against some critical fans with a few fiery words of her own. Check it out below. 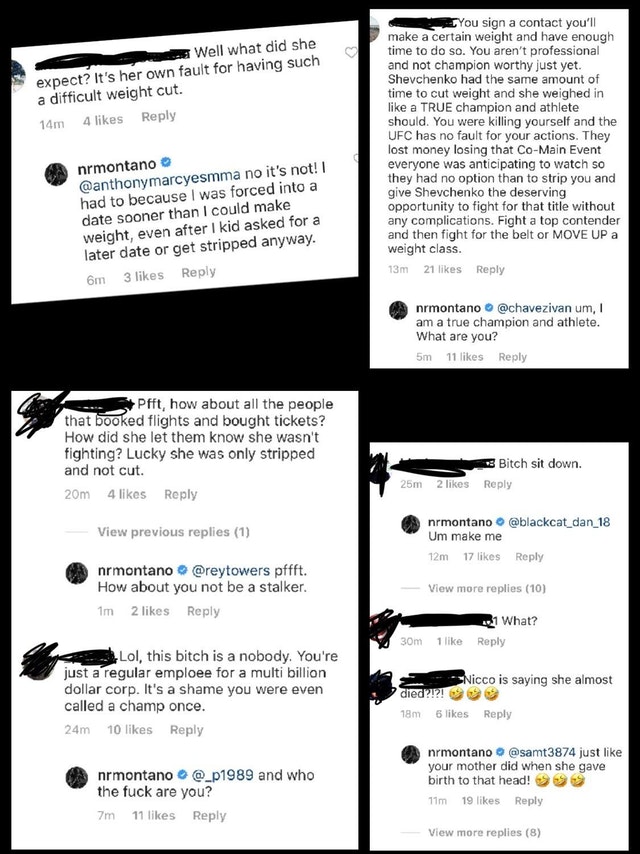