Former UFC heavyweight champion Brock Lesnar is a massive fighter. One of few heavyweights that has to enter a weight cut to compete within the division, Lesnar is a force to be reckoned with.

Meanwhile, former UFC women’s bantamweight champion Miesha Tate has cultivated a massive following of dedicated fight fans throughout her illsutrious career within the sport of mixed martial arts. When Tate and Lesnar crossed paths, the two fighters were caught in a photo that has since been making its way around the internet.

Back at UFC 200, the two former title holders were promoting the upcoming fight card. Having bumbped into each other during a media obligation, the two former champions decided to share a photo together.

Check it out as provided down below. 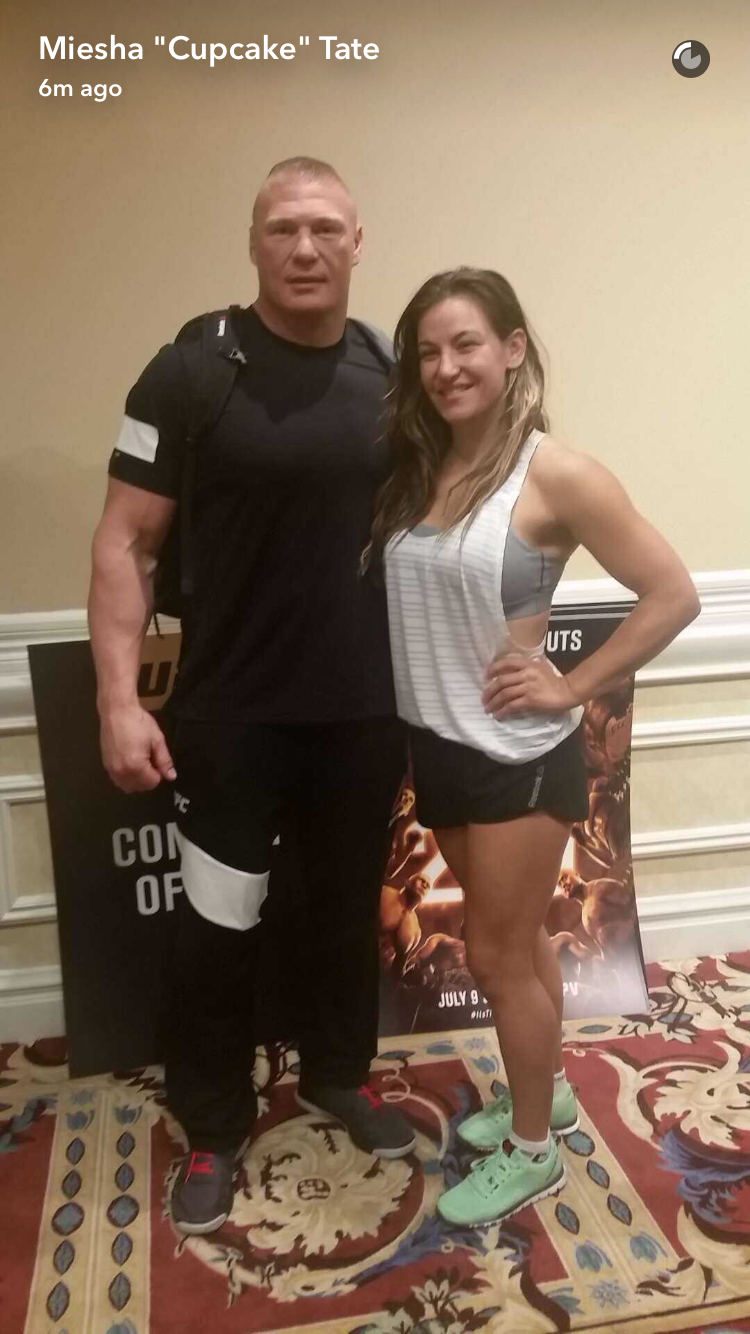