Back in 2014, mixed martial arts phenom Gilbert Melendez reached the end of one of his UFC contracts. Consequently, the fighter was is negotiations with other promotions as a free agent.

Among them, the fighter was receiving offers from the UFC’s competing promotion Bellator MMA. However, Melendez ultimately re-signed with the UFC and went on to coach The Ultimate Fighter 20.

Now a text message conversation between former UFC owner Lorenzo Fertitta and UFC President Dana White concerning the negotiation has leaked onto the internet. Within the leaked messages, White and Fertitta can be seen discussing the importance of taking “oxygen” from their competitors by signing top talent within the sport.

Check it out below, as provided by unsealed filings from Zuffa. 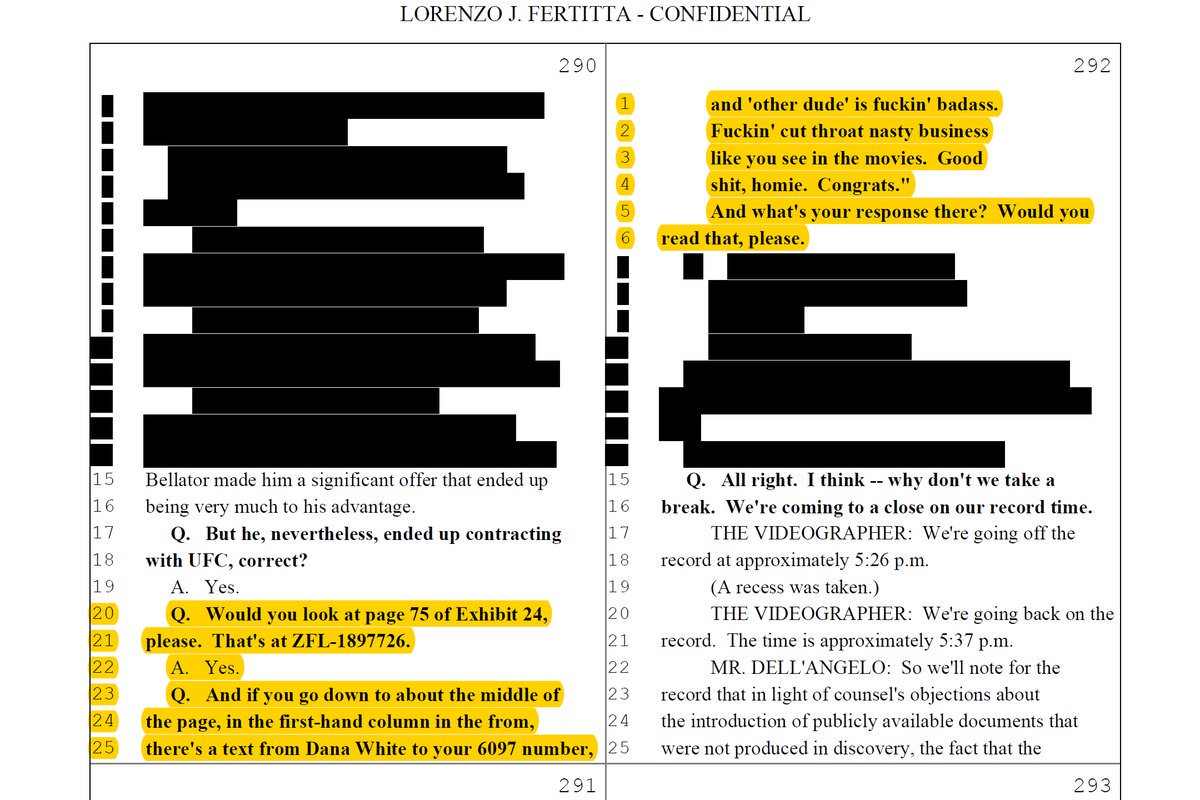 Lorenzo Fertitta’s initially redacted response may be viewed below.