Former UFC light heavyweight champion Jon “Bones” Jones is now set to make his massive octagon return. With that in mind, the former title holder has now shot up on the official UFC rankings.

Jon Jones failed another drug test back at UFC 214. Consequently, the former champion was dealt a 15-month suspension from the sport.

Now back from his time sidelined from the octagon, Jones is set to face off against former title challenger Alexander Gustafsson in the main event of UFC 232 on Dec. 29. In the latest update of the official UFC rankings, Jon Jones was re-entered into the light heavyweight contender pool and has since been placed in the No. 1 contender position.

Check out the full UFC rankings update down below, as provided by UFC.com. 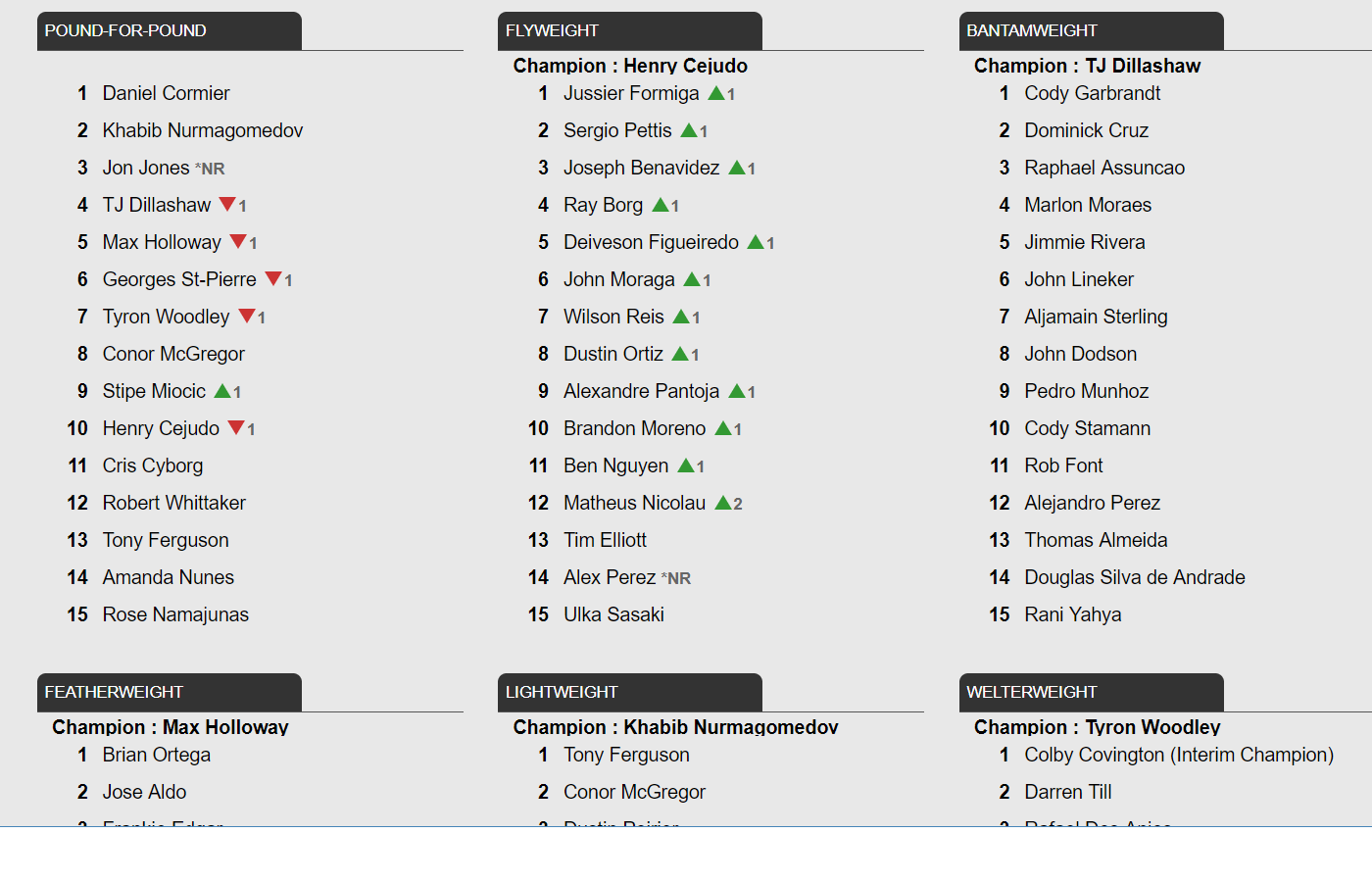 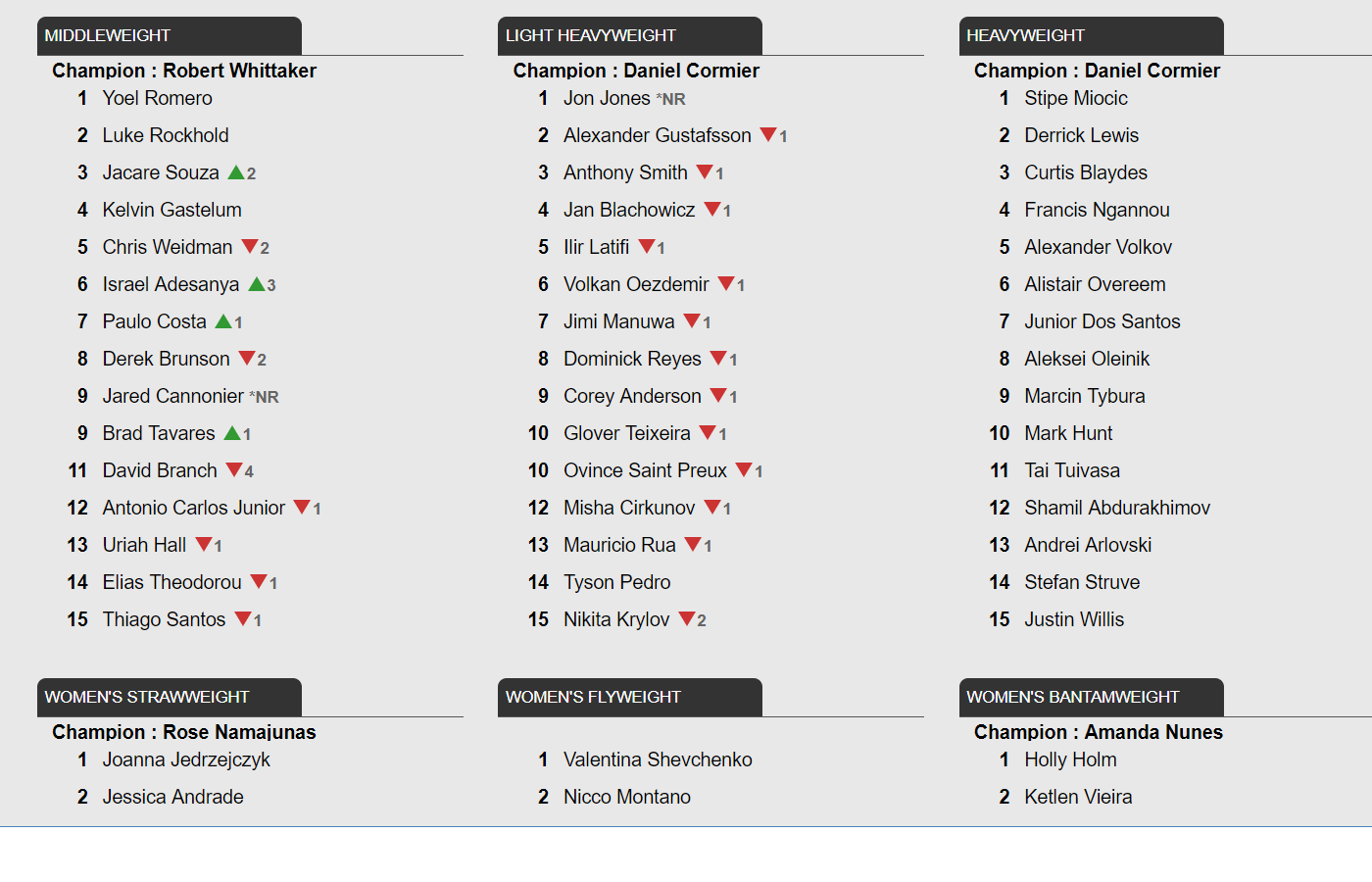