The two went back and forth throughout the course of the fight, making it hard to judge who the clear winner was.

In the end the judges decided, via a split-decision, that the champion did enough to retain her world title.

Valentina spoke out in protest during her post fight interview and the fans in the arena agreed with her.

Unfortunately, despite the decision being controversial, it will stand, and that’s the second time Shevchenko lost to Nunes, making a third fight unlikely. 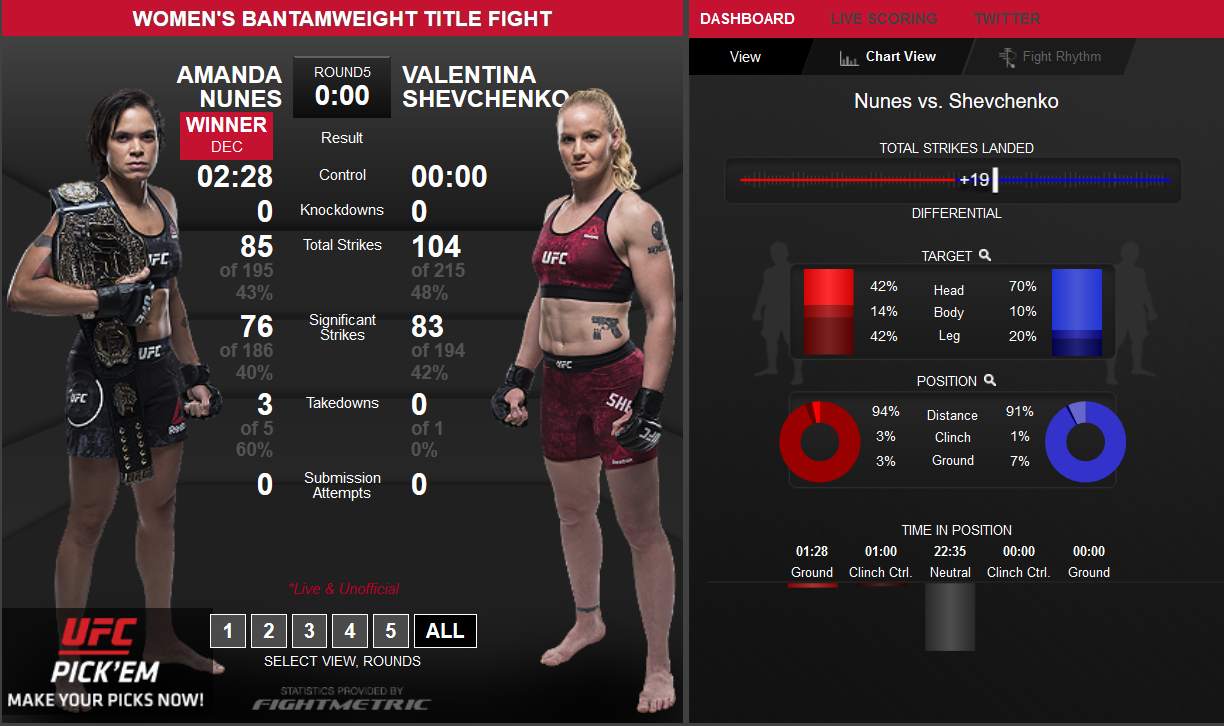