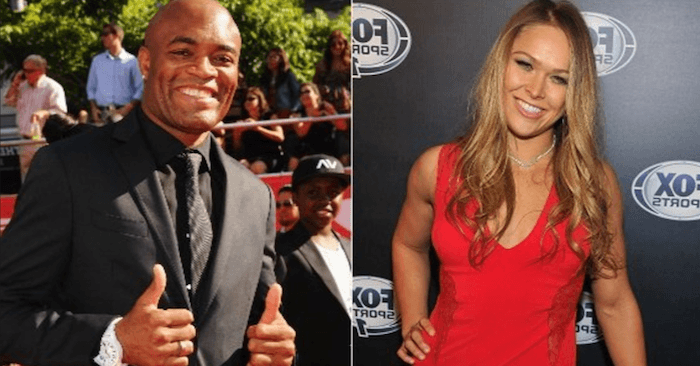 Mixed martial arts legend Anderson Silva knows what it’s like to have to come back from big career setbacks. He was once the man to beat in the UFC middleweight division but between losing to Chris Weidman twice and also suffering a gruesome broken leg, Silva had to overcome a lot to return to active competition.

Ronda Rousey now finds herself in a similar situation where she must decide what her next career move will be following her comeback loss at UFC 207. Silva spoke to Combate News via MMAfighting and offered some heartfelt advice to his fellow UFC star Ronda Rousey after her knockout loss to Nunes last month.

“After her first loss, I sent her a message, right then, I posted something on social media motivating her. I think regardless of what happened and what will happen in your life, you need to keep your head up because what you did will stay in history. Regardless of wins or losses, you need to care about what you see as the most important in your life. I hope 2017 is a year of many wins for you and new accomplishments, and that if you keep fighting, that you return well. The way I see it, personally and technically as a fighter, pick your opponents better when you return. Don’t fight someone who’s as active as the champ. I think it was the wrong strategy. I hope you come back. You’re a great athlete. God bless you.”