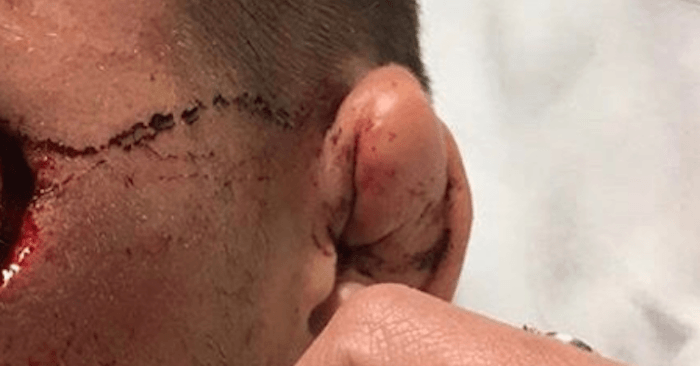 Paul “Semtex” Daley has always been known for his explosive one shot power, but never more has it been on display than last night at Bellator 170. Daley caught Ward with a hard elbow in the first round which got him visibly wobbled, but then rushed in with a highlight reel flying knee that completely put his lights out. Ward was laying completely limp in the cage and was also stretchered out of the cage as a result of the devastating shot.

As you can see from the aftermath picture of Ward’s face, that flying knee did some serious damage.