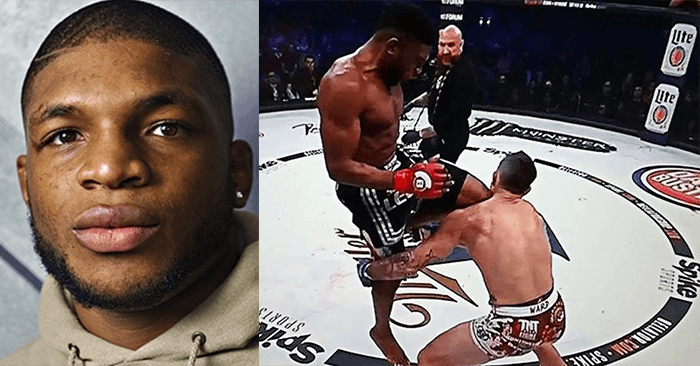 In the end, it took Daley less than five minutes to mangle his opponent (literally), and earn a flashy flying knee knock out that will go down in history as one of the most brutal knockouts in the sport’s history.

Following the bout, Daley offered some classy remarks, and admitted he had mixed feelings about the bouts outcome.

Here’s what he said:

“Me and Brennan, we was hanging out a lot prior to this fight, at all the other events. In his last victory I was at ringside, with his girlfriend, his family, his coaches and I was celebrating with them. So it was a difficult situation for me at first to fight him, and to get a victory it was kind of mixed emotions. The first two minutes I’m running around like a headless chicken, and then I look across and see his girlfriend crying. It was hard, I just hope he’s alright.”