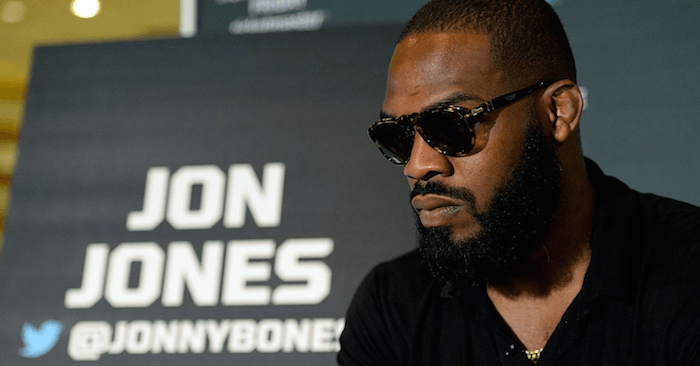 Tito Ortiz had some not so flattering comments about UFC star Jon “Bones” Jones prior to his retirement fight this past weekend at Bellator 170. Ortiz told FightHype, “He says he is the greatest, he was never the greatest. He’s never done anything. He says he calls himself a legend. What kind of legendary stuff has he ever done, nothing.”

It didn’t take long for the former UFC light heavyweight champion to respond to him, and he made sure to send a stern warning to Ortiz.

No clue, but I guarantee he would bow down if given the opportunity to face me. https://t.co/PDkua7IGvv

Jones also said Tito should enjoy his minor league victory in Bellator, and that if he wants to find out what it feels like to be on the mat him, Jones is more than happy to oblige.

That man better enjoy his JV victory&stay in his lane, I'd make him look like a white belt. @FloGrappling set it up https://t.co/n68gbYlZrE