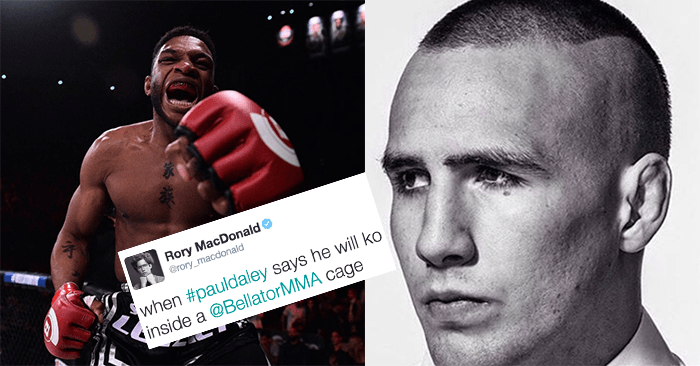 After knocking his opponent out cold in the co-main event of “Bellator 170”, Paul Daley called out recent UFC transfer Rory MacDonald to a fight inside the cage.

After the fight, Daley called out Rory MacDonald and claimed that he would knock him out if they were to meet in the cage. Check out MacDonald’s response to the threat below:

when #pauldaley says he will ko rory macdonald inside a @BellatorMMA cage https://t.co/gc5jEaiWx0